The European Commission has suspended payments under Bulgaria’s operational programme for environment, one of the seven financing mechanisms for EU structural funds in the country, reports in Bulgarian media said.

The EC can do so as a precautionary measure if it has doubts about how the money is spent – in Bulgaria’s case, the issue was insufficient oversight of the public procurement system, public broadcaster Bulgarian National Television reported.

The report quoted Environment Minister Iskra Mihailova saying that the suspension of funding was temporary, until Bulgaria fixed the faults pointed out by the Commission. She blamed lack of action by Bulgaria’s previous government for the temporary freeze, but said that payments to projects under way would not be stopped and would be picked up by the Bulgarian Budget, if necessary.

The EU has frozen funding for Bulgaria before – albeit never structural funds, rather money allocated under the pre-accession mechanisms Ispa and Phare – because of doubts concerning rigged tender procedures. The suspension of funding became one of the hallmarks of the tripartite coalition (in government between 2005 and 2009), which featured the same two parties that form the current ruling axis, the socialists and the predominantly ethnic Turk Movement for Rights and Freedoms.

Earlier in the week, Bulgaria’s Deputy Prime Minister in charge of EU funds Zinaida Zlatanova had warned about impending sanctions against Bulgaria because of the lack of action to redress EU criticism concerning the use of structural funds for water and sewerage projects. She said Bulgaria faced an infringement procedure from the EU, which led in turn to the embarrassment of having to be corrected by Mihailova, who said that any sanctions would be financial in nature.

However, the detail that Zlatanova failed to mention – but was quickly pointed out by the opposition and sections of the local media critical of the current government – is that the main thrust of the criticism levelled by the EU audit was that certain projects had been decided using non-transparent public procurement tenders in 2008 and 2009. 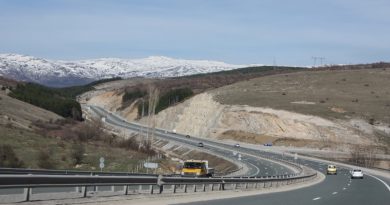