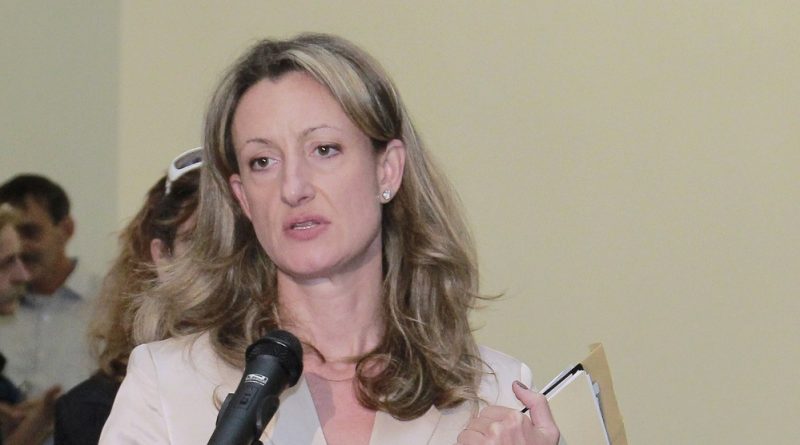 Bulgarian Deputy Prime Minister Zinaida Zlatanova’s attempt to take a potshot at the opposition has backfired, instead highlighting lack of communication within the current Cabinet, as well as dragging back into the spotlight the failures of the parties in the ruling coalition when they were last in government.

At a meeting with Bulgarian mayors on November 11, Zlatanova – who is the Justice Minister, but also the Deputy PM in charge of EU funds – said that Bulgaria faced an EU infringement procedure because of the lack of action to redress EU criticism concerning the use of structural funds for water and sewerage projects.

Zlatanova said that Bulgaria might have to return all funding under the operational programme environment for the current funding period, because the centre-right GERB government (the party is now in opposition) did nothing to redress the faults found by an EU audit in 2011.

However, the detail that Zlatanova failed to mention – but was quickly pointed out by GERB MP Ivelina Vassileva and sections of the local media critical of the current government – is that the main thrust of the criticism levelled by the EU audit was that certain projects had been decided using non-transparent public procurement tenders in 2008 and 2009.

At that point, Bulgaria was governed by a tripartite coalition that included both the Bulgarian Socialist Party and the predominantly ethnic Turk Movement for Rights and Freedoms, the two parties that form the current ruling axis. By the time the coalition was voted out of government at the July 2009 elections, Bulgaria had hundreds of euro of EU funding suspended because of alleged fraud and lack of sufficient control over how the money was spent.

Speaking on the breakfast TV show of Bulgarian National Television on November 12, Zlatanova sought to shift attention away from the issue of when the projects were awarded, saying that the payments had been made when GERB was in government.

“If GERB were competent and sought to fight the disgraces of the tripartite coalition, then they should have stopped them rather than pay the procurement bills,” she said.

GERB MP Vassileva, meanwhile, accused Zlatanova of trying to shift the blame for any loss of EU funding.

But in addition to the expected criticism from GERB, Zlatanova’s claims came under friendly fire from a fellow Cabinet minister, with Environment Minister Iskra Mihailova saying that Zlatanova misspoke when she mentioned the prospect of an infringement procedure.

Speaking on the breakfast TV show of private broadcaster bTV, Mihailova said that Bulgaria faced financial sanctions from the European Commission and the loss of 400 000 euro allocated to the projects awarded using questionable procurement tenders – rather than the tens of millions of euro that Zlatanova alluded to.

Zlatanova’s faux pas was all the more glaring as she is the former head of the European Commission Representation in Bulgaria (between 2008 and her Cabinet appointment in May 2013) and should know the difference between an infringement procedure and financial sanctions.

Mihailova said that Bulgaria had two months to present a reasoned opinion, but warned that the risk of sanctions was high if the EC found a systemic problem with how EU funds are handled by Bulgaria.