Bulgarian Irina Bokova was elected to a second term as head of the United Nations Educational, Scientific and Cultural Organization (UNESCO) on November 12 2013, with 160 delegates to the organisation’s general conference voting for and 14 against.

She was the only candidate after the UNESCO executive board, on October 4, nominated her for re-election, rejecting bids by Djibouti’s ambassador to France, Rachad Farah and Lebanese Professor Joseph Maila. At that stage, Bokova got 39 out of 58 votes.

Her second term is scheduled to last until late 2017.

Bokova became UNESCO head in October 2009 and her first term has seen significant controversies, including over restructuring moves at the organisation and especially over the decision to admit Palestine as a member state.

More recently, the United States and Israel both lost their voting rights, when the deadline to pay dues lapsed on November 8 2013.

The US has not paid its dues to UNESCO since 2011 in protest over the organisation allowing Palestine to become a member.

The US used to pay about $80 million a year or 22 per cent of UNESCO’s budget, the Voice of America reported. The lack of US funds led the group to scale back initiatives such as Holocaust education and tsunami research.

David Killon, the outgoing U.S. ambassador to UNCESO said on November 8 that the US had been “working tirelessly to seek a legislative remedy that would allow the United States to resume paying our contributions to UNESCO. Regrettably, that remedy has not yet been achieved.”

Killon went on to defend the U.S. suspension of funds to the organization.

The US rejoined UNESCO in 2002 after an 18-year hiatus over a difference in vision.

On November 8, Israel’s ambassador to UNESCO, Nimrod Barkan, said that Israel supported the US decision, “objecting to the politicisation of UNESCO, or any international organisation, with the accession of a non-existing country like Palestine.”

UNESCO may be best known for its program to protect the cultures of the world via its Heritage sites, which include the Statue of Liberty and Mali’s Timbuktu, Haaretz reported.

But its core mission, as conceived by the US, a co-founder of the agency in 1946, was to be an anti-extremist organisation. In today’s world, it tackles foreign policy issues such as access to clean water, teaches girls to read, works to eradicate poverty, promotes freedom of expression and gives people creative thinking skills to resist violent extremism.

Among UNESCO programs already slashed over funding shortages is one in Iraq that was intended to help restore water facilities. In danger was a Holocaust and genocide awareness program in Africa to teach about non-violence, non-discrimination and ethnic tolerance, using the example of the mass killing of Jews during World War 2, Haaretz said.

On November 9, Bokova expressed regret at the suspension of the US membership.

“It is inconceivable to not have the engagement of all states at this time of rapid change and deepening interdependence in the world, in this era of globalisation and vulnerability.

“I will continue to work for the universality of this organisation, for the support of the United States, to the values we share, to the objectives we hold in common, of an effective multilateral order and a more peaceful, more just world,” she said.

Before becoming head of UNESCO, Bokova’s earlier career included having been a member of parliament for the Bulgarian Socialist Party, later foreign minister in the BSP’s Zhan Videnov cabinet (which fell amid mass public protests at its catastrophic handling of the economy), and also was a failed vice-presidential candidate. Later, she was Bulgaria’s ambassador to France and Monaco, and Bulgaria’s representative at UNESCO.

When she became the 10th person elected to head UNESCO in 2009, Bokova (61) was the first woman and the first Eastern European to head the organisation. 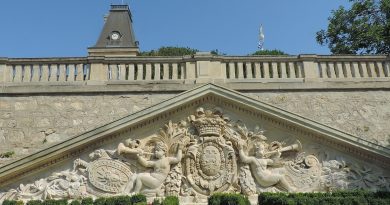 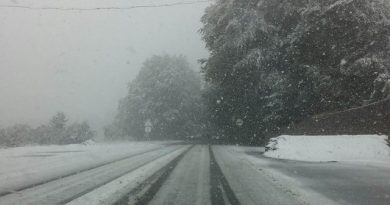 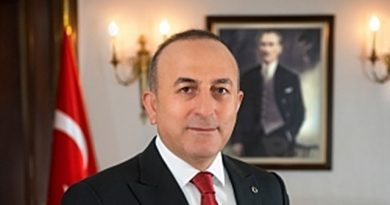 Turkey hits back at Bulgaria over elections controversy