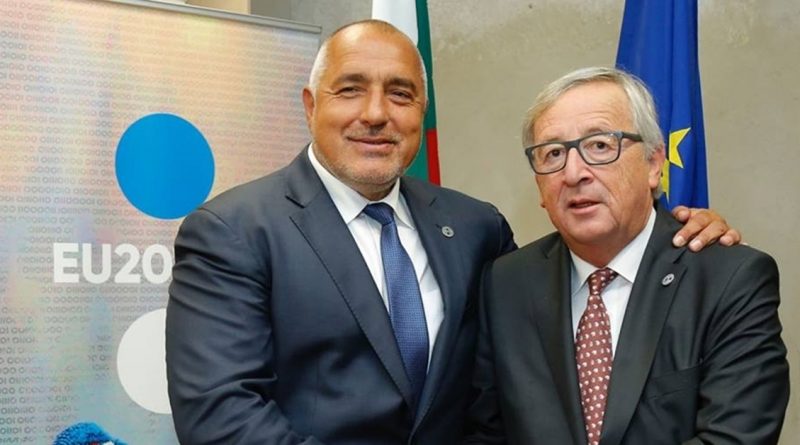 Meeting European Commission President Jean-Claude Juncker in Tallinn on September 29, Bulgarian Prime Minister Boiko Borissov said that his country would rely on the support of the EC and its president during Bulgaria’s Presidency of the EU in 2018.

A Bulgarian government media statement said that Borissov told Tusk that Bulgaria posed no risk to the euro zone and deserved a place in the waiting room for the EU’s common currency.

Earlier in September, addressing the European Parliament in his annual State of the Union address, Juncker called for all EU members to be admitted to the euro zone and the Schengen visa area. Currently, Bulgaria is a member of neither.

Borissov told Tusk that Bulgaria has the EU’s third-lowest ratio of government debt to GDP, and underlined Bulgaria’s economic growth, investment in construction, progress in the private sector and Bulgaria’s decreasing unemployment, as well as what the Prime Minister described as the “resolute” fight against contraband.

Referring to Bulgaria’s intention to make the Western Balkans a policy priority during its EU Presidency in the first half of 2018, Borissov said that he expected clear prospects rather than empty promises on policy towards the Western Balkans.

According to the Bulgarian government statement, Tusk stated his backing for Bulgaria’s priorities, telling Borissov that he could rely on him during the EU Presidency and in regard to Bulgaria entering the ERM-II mechanism, the “waiting room” for accession to the euro currency.