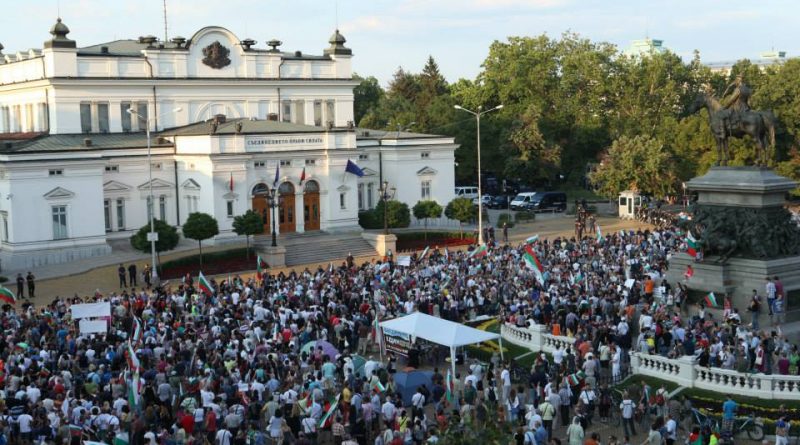 Students who occupied the central campus of Sofia University to press their demand for the resignation of the Bulgarian Socialist Party government are to end the occupation but will continue with other forms of protest, participants told local media on November 12.

However, other participants said that a decision on ending the full-scale occupation was yet to be taken, was being considered and would be decided on later in the day.

The development came a day after the students expanded their “Occupy” protest by barring with chains the yard of the university, and on the day that students joined protests outside the National Assembly as it elected a new deputy speaker from the Movement for Rights and Freedoms to succeed Hristo Biserov.

Biserov quit as MRF deputy leader and as an MP shortly before it emerged that prosecutors were investigating him and his son for alleged money laundering and tax evasion. His whereabouts are not currently publicly known.

Students told reporters that they would continue with their protests to demand the departure of the BSP government, early elections and sweeping reforms, but were ending their occupation of the Sofia University central buildings to enable the university administration to do its work.

The protest outside Parliament was joined by university students from a number of other major cities in Bulgaria.

There was an extremely strong police presence outside the National Assembly building.

Inside, with the votes of BSP and MRF Mps, the MRF’s Aliosman Imamov was elected deputy speaker and the party’s Cheten Kazak as head of the legal affairs committee, posts previously held by Biserov.

Centre-right opposition GERB declined to register as officially present and a quorum was secured with the assistance of Volen Siderov’s ultra-nationalist Ataka party. GERB did take part in the vote, which was 114 for and 103 against in the case of the election of Imamov.