The governing body of the Bulgarian Orthodox Church, the Holy Synod, has elected Konstantine Bishop Antonii (35) as the new Metropolitan of Western and Central Europe, Patriarch Neofit said on October 27 2013.

The resignation of the previous metropolitan, Simeon, on the grounds of ill-health was accepted by the Holy Synod in June. Simeon had held the post since 1986.

Antonii won 10 votes from the Holy Synod, with two metropolitans absent and other dioceses vacant.

Antonii was born on January 17 1978 in Stara Zagora and graduated from the Saints Kiril and Metodii Seminary in Plovdiv and the Faculty of Biology at Sofia University. After being tonsured a monk and ordained as a priest, he became a lecturer at the Plovdiv theological seminary.

In November 2006, he was appointed an Archmandrite by Rousse Metropolitan Neofit (now the Patriarch). In 2008, on the recommendation of Plovdiv Metropolitan Nikolai, Antonii was made bishop of the Plovdiv St Marina church and appointed his vicar, and was sent to minister in Smolyan.

In June 2010, Antonii was appointed vicar of the Western and Central European Metropolitan, a position he retained when Veliko Turnovo Metropolitan Grigorii was put in temporary charge of the diocese after the resignation of Simeon.

* A successor to the late Varna Metropolitan Kiril is to be finalised on November 24. A diocesan election is to be held on November 17, and the following Sunday the Holy Synod will rule on whether the election is canonical. There are 13 candidates to succeed Kiril. 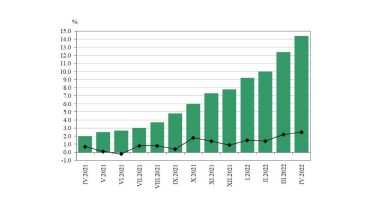