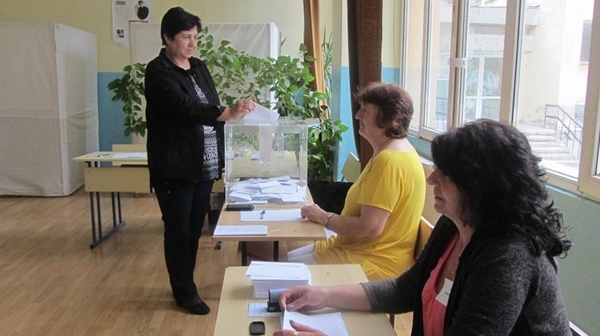 Bulgarian President Roumen Radev has welcomed the outcome of a local referendum in the town of Trun against gold mining there, while investor Euromax Services said that the result was disappointing but expected against a background of a “political-criminal” scenario against its plans.

A decision is expected from Bulgaria’s Supreme Administrative Court whether the June 11 referendum was lawful.

Reports from the town said of 3563 eligible voters, a total of 1935 (about 93 per cent) voted against plans to mine gold in Trun, while 125 people voted in favour. There were 21 invalid ballots.

Radev, in a June 12 post on Facebook, welcomed the referendum, saying that residents of Trun had shown that local democracy in Bulgaria could function successfully.

“The people’s vote in Tran affirms health and cleanliness of nature as the core values of our society, where citizens’ interests must be a priority,” Radev said.

According to Radev, the referendum was an example of how responsible Bulgarian citizens organised themselves to defend their rights and to pronounce on a problem not only of local but also of national importance.

Trun municipality called the referendum because of the intention to re-activate work at the former Zlata mine.

The municipal election commission said that because voter turnout was close to 60 per cent, the outcome was binding.

But acting mayor Tsvetvsova Tzvetkova acknowledged that it was Bulgaria’s Supreme Administrative Court that would have the final say.

According to Tsvetkova, the question in the referendum is not in conflict with the law, and the municipal council from now on will make decisions, but only on the approval of the development plans.

Earlier, the former district governor of Pernik described the referendum as unlawful because under the Bulgarian constitution, underground wealth is “exclusive state property” and management of it is under the authority of the Cabinet.

EuroMax Services said that it viewed the results of the local referendum in Trun as expected against the backdrop of the massive manipulation campaign among the local population.

However, deviating from the statutory procedure for considering such investment projects is disappointing for the business climate in the country.

“Instead of an expert and constructive dialogue, we have been involved in a political-criminal scenario that is absolutely incompatible with the values ​​of the company and from which we distance ourselves completely,” the company said.

To avoid tensions, the investor refused to join the referendum campaign and made a major change to its project in response to public expectations, the statement said.

“However, with this result of the referendum, both for us and the inhabitants of Trun, it is important to hear the court’s ruling on the Prosecution’s protest against the unlawfulness of the decision of the Trun Municipal Council to hold the referendum,” the company said.

“We hope that soon there will be a result of the investigation into reports about racketeering, threats and arson at our information centre in Trun,” Euromax Services said.