A top adviser to Turkey’s Prime Minister Recep Tayyip Erdoğan argued publicly that Turkey should stop aspiring to join the European Union and focus instead on carving out a leadership role of its own in the Middle East without paying heed to the West.

Writing in the country’s Star newspaper, Yiğit Bulut, a former journalist, argued on September 25 that “the West, or the imperial order” as he put it had in the past drawn a roadmap for Turks for its own benefit but that Turkey should “immediately get rid of the European Union scenarios”, since the country could instead take on the leadership of the “new world coming into being in the Middle East, Central Asia and Africa.”

The Turkish prime minister has been adopting an increasingly vehement anti-Western line in recent weeks and Bulut’s views are seen here as reflecting Erdoğan’s own developing position when it comes to the EU.

Turkish analysts are now speculating that Erdoğan may be about to abandon—either formally or informally—the country’s effort to join the EU. They say that would be consistent with the Turkish Prime Minister’s mounting irritation with the West over its failure to intervene militarily in the civil war in neighboring Syria, and his anger over Western criticism of his government’s hardline handling of last summer’s street protests in Gezi Park in Istanbul, in which half-a-dozen demonstrators were killed.

Grievances over Egypt, Syria and Europe

Erdoğan has also been indignant over the refusal of  the U.S. and some in the EU to condemn the toppling by the Egyptian army of Egypt’s elected President Mohamed Morsi as a military-led coup d’état, scolding the West for perceived double standards and accusing Israel of playing a role in the ouster.

Bulut’s remarks come just days after Erdoğan’s Minister for EU affairs, Egemen Bağış, questioned whether Turkey would ever enter the European economic bloc, something it has aspired to for half-a-century despite repeated rebuffs from some key European states including Germany. Bağış, his country’s chief negotiator with the EU, suggested Turkey would never join because of the “prejudiced” attitudes of current EU members, adding that the EU is in a “process of dissolution.”

Political commentator Emre Uslu says Bulut’s comments are a further sign that Erdoğan is shifting his focus to the Middle East and Central Asia and even further east to China. “Erdoğan’s aim is to become a leader of the Middle East and he wants Turkey to become the new regional superpower. He is nostalgic about Ottoman ‘grandeur,’” argues Uslu.

Recent opinion polls suggest that Turkish voters are increasingly wary of the EU, with support for joining waning from 74 percent in 2004 to only forty-four percent now.  The shift in opinion is being seen as tied to rapid political and economic changes in Turkey in the past decade with the growth in importance of the Anatolia region, which is far more conservative than the more secularist Istanbul.

When he came into power, Erdoğan was seen as strongly pro-EU, introducing a slew of political and economic-liberalization reforms demanded by the EU as a pre-condition for membership.

Observers say shift is a mistake

Some independent analysts criticize Erdoğan for his perceived tilt away from the West. “Turning east because westerners don’t like Turkey is to miss the bigger picture,” argues Barin Kayaoglu, a Smith Richardson Foundation fellow in International Security Studies at Yale University.  Writing on the news website Al Monitor, he maintained: “Turkey’s ability to project power in the Middle East is intimately connected with its prospective E.U. membership. Without that European outlook, Turkey is a weaker player in the Middle East.”

Turkish journalist and political talk show host Selcuk Tepeli agrees. He worries that by shifting away from the West Turkey will “lose its opportunity to become a big regional player able to help shape the post-Arab spring.” He adds: “Erdoğan is a practical politician but I worry he thinks of only today and not about tomorrow.”

E.U. accession talks have floundered for a quarter-of-a-century. Polls show most Europeans oppose the idea of Turkey joining, fearing a rapid increase in Turkish migration to their countries. Greek opposition has been stiff from the start with Cyprus—the northern half of which has been occupied by Turkey since 1974 – remaining a major stumbling block to further progress on the issue. 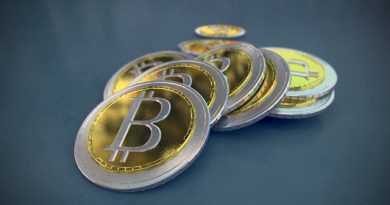