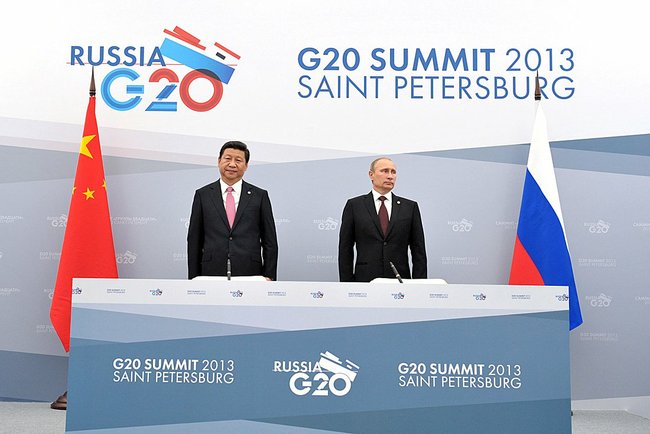 Looking back 10 years from now, the most important news of Sept. 2013 may not be Moscow and Washington jousting over Syria’s civil war. It may well be China quietly locking down massive quantities of Central Asian oil and gas.

Evoking the old Silk Road that once brought Chinese silk and porcelain to Europe, he said: “I can almost hear the ring of the camel bells and smell the wisps of smoke in the desert.”

Of Central Asia’s five former Soviet republics, the Chinese president concentrated on the three blessed with vast oil and gas reserves. He added Kyrgyzstan to his itinerary, to attend a regional security meeting and to sign a $1.5 billion deal to build a second pipeline to transship Uzbek and Turkmen gas to China.

While Xi pursues his new “marching westwards” policy, he defers to Russia on security issues in Central Asia, a region administered by Moscow for about 150 years, until 1991. This month, Xi carefully followed protocol, breaking his Central Asia tour with a trip to St. Petersburg to consult with Russian President Vladimir Putin at the G-20 Summit meeting. (Two days after this meeting, Novatek, a major Russian gas producer, announced that Chinese banks will help finance a $20 billion natural gas project in Russia’s Arctic.)

China’s shopping spree through Central Asia’s energy bazaar was so striking that Russian Deputy Foreign Minister Igor Morgulov felt compelled to give a press briefing in Moscow. As China signed “strategic partnerships” with Turkmenistan and Kazakhstan, the Russian diplomat assured Russian reporters: “Our Chinese friends recognize the traditional role our country continues to play in this region, so we do not see any regional rivalry problems.”

“Central Asia is an important area of Russia-China relations,” he said in the middle of the Chinese leader’s 10-day tour. “We are not competing with each other in Central Asia, but are adjusting our policies to reflect mutual interests.”

When the Chinese president was in St. Petersburg, Rosneft, the Russian state oil company confounded expectations and failed to announce a contract to build an oil refinery in Tianjin, China. The next day, Kazakhstan announced that China will build a refinery in Kazakhstan. (Russia has not built a new refinery from the ground up in Russia since the Soviet era).

China had bargaining power. On September 7, China’s state oil company CNPC bought a $5 billion stake in Kazakhstan’s new Kashagan oil field. Four days later, the first oil started flowing from the field, rated the largest in the world outside of the Middle East.

China seems happy to delegate to Russia the task of policing Central Asia.

With Russia providing security, China is free to concentrate on forging a massive east-west trade relationship, flowing through new, Chinese-financed pipelines and highways.

Trade between China and Central Asia hit $46 billion last year. At the time of the Soviet collapse, in 1991, it was virtually zero. Now, that figure is more than half of the $88 billion in Chinese-Russian trade recorded last year.

Last year, Turkmenistan shipped to China 21 billion cubic meters of gas – just over half of all of China’s gas imports.

Under the deals signed a few days ago by Xi, Turkmenistan’s gas flow is to triple by 2020. Much of the gas will flow from Galkynysh, a field on the border with Afghanistan. Inaugurated by the Chinese president, this gas field is calculated to hold 26.2 trillion cubic meters, making it one of the world’s largest.

Energy economists calculate that by 2020, Turkmenistan will supply over one third of all gas consumed in China. It is a long way for Turkmenistan, once seen as a backwater assignment for employees of the Soviet Union’s Ministry of Oil and Gas Industry.

(Chinese president Xi, left, is happy to let Russian president Vladimir Putin, right, take the lead on police work in Central Asia. Photo of Xi and Putin meeting at the G20 summit in St Petersburg in September 2013 via kremlin.ru) 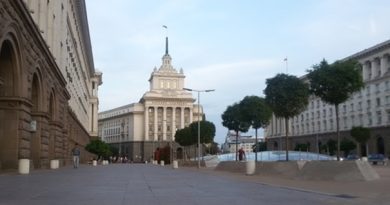 View from Sofia: In the shadow of elections 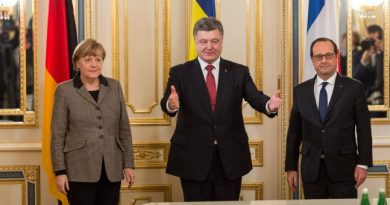 ‘It’s the last chance to keep the peace in Europe’