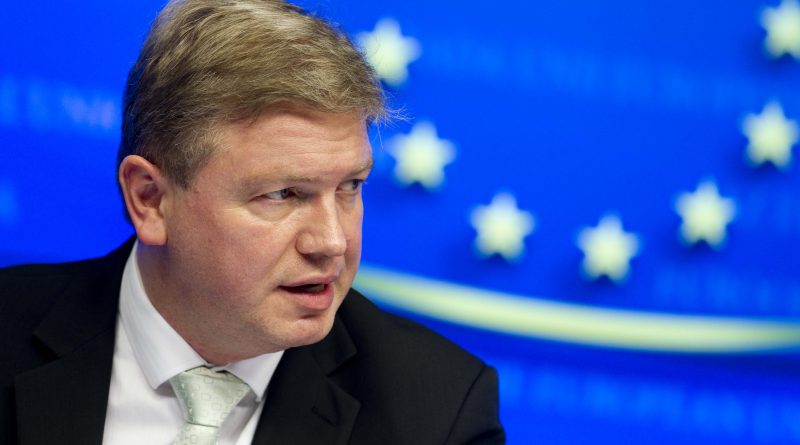 European enlargement commissioner Štefan Füle has criticised Russia for the pressure Moscow has put recently on former Soviet satellites due to sign EU association agreements at a summit in Vilnius in November, and has offered support to Eastern Partnership countries affected by such pressure.

Ukraine and Moldova have found themselves on the receiving end of Russian trade sanctions in recent weeks – ostensibly over health concerns – and Armenia surprisingly announced last week that it would join the Moscow-led Customs Union, even though it had spent four years negotiating the association agreement with the EU, which observers attributed to pressure from Russia.

Ukrainian confectionery products in August and Moldovan wines, earlier this week, have been banned by Russia’s consumer watchdog Rospotrebnadzor, one of Kremlin’s oft-wielded tools in political disputes with former Soviet states.

“Let me be clear: the development of the Eurasian Economic Union project must respect our partners’ sovereign decisions. Any threats from Russia linked to the possible signing of agreements with the European Union are unacceptable,” Füle said in a speech to the European Parliament in Strasbourg.

“This applies to all forms of pressure, including: the possible misuse of energy pricing; artificial trade obstacles such as import bans of dubious WTO compatibility and cumbersome customs procedures; military cooperation and security guarantees; and the instrumentalisation of protracted conflicts,” he said.

“This is not how international relations should function on our continent in the twenty-first century. Such actions clearly breach the principles to which all European states have subscribed.”

Füle’s remarks are the sharpest rebuke yet to ramped-up rhetoric from Russia. In recent weeks, both Russian president Vladimir Putin and prime minister Dmitry Medvedev have said that should Ukraine sign the association and free-trade agreement with the EU, it would be barred from joining the Customs Union, which Kyiv had intended to do, albeit only as an observer.

Füle acknowledged that simultaneous free-trade agreements with the EU and participation in the Customs Union were incompatible, but said that “this is not because of ideological differences.”

“This is due to legal impossibilities: for instance, you cannot at the same time lower your customs tariffs as per the [deep and comprehensive free trade agreement with the EU (DFCTA)] and increase them as a result of the Customs Union membership,” he said.

“The European Union is ready to work with its neighbours to find ways to promote greater regulatory convergence between the EU and members of the Customs Union. The last thing we want to see is a protectionist wall cutting our continent in two.”

In the case of Moldova, where a pro-Western government had made significant progress towards closer ties with the EU (despite internal squabbles in the ruling coalition) over the past several few years, Füle said: “We have taken note of the Russian ban against Moldovan agricultural products. We are not aware of any food safety reasons which would justify this. The EU’s own food safety authorities have not established any health or hygiene problems with imports from Moldova; and we continue to import wine and other agricultural products.”

Wine is one of Moldova’s main exports – the country ranked 11th in the world by volume in 2011, according to UN statistics.

“Together with my colleague Dacian Ciolos, responsible for agriculture, we intend to look into the possibility of being able to further increase the wine quota for Moldovan exports to the EU,” Füle said. “We also intend to send short term expertise to Moldova to help overcome some of the remaining barriers that their exports in other sectors such as poultry face. This signs of solidarity are also applicable to other partners which are subject to undue pressure.”