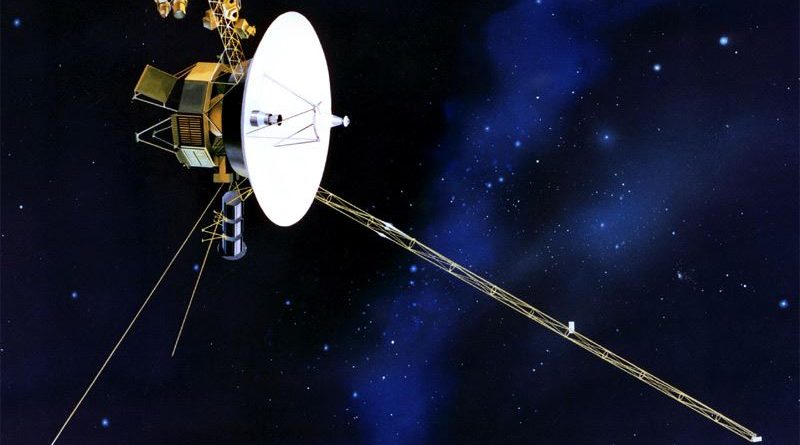 The U.S. space agency, NASA, has officially confirmedwhat others have suspected for some time: The Voyager 1 spacecraft is the “first human-made object to venture into interstellar space.”

NASA said the probe, which was launched 36 years ago, is 19 billion kilometers away from the sun.

“Now that we have new, key data, we believe this is mankind’s historic leap into interstellar space,” said Ed Stone, Voyager project scientist based at the California Institute of Technology, Pasadena. “The Voyager team needed time to analyze those observations and make sense of them. But we can now answer the question we’ve all been asking — ‘Are we there yet?’ Yes, we are.”

NASA said it had “new and unexpected” data that indicate Voyager has been traveling for about one year through plasma, or ionized gas, which is present in the space between the stars.

In 2004, NASA detected the “increased pressure of interstellar space” on the heliosphere, the bubble of charged particles that surround the sun and extend to the edge of the Solar System. It was then they began to look for evidence that the probe had entered interstellar space.

Since the probe does not have working plasma sensor, NASA needed a different way to measure the plasma environment so as to better determine where the spacecraft was.

Luckily, in March of 2012, there was a coronal mass ejection, or a massive burst of solar wind and magnetism from the sun. The ejection took 13 months to get to Voyager 1, but when it did “the plasma around the spacecraft began to vibrate like a violin string,” NASA said.

The pitch of the oscillations helped scientists determine the plasma’s density. The measured oscillations showed the plasma was 40 times denser than what they had measured in the outer layer of the sun’s heliosphere. This density, NASA said, would be expected in interstellar space.

“We literally jumped out of our seats when we saw these oscillations in our data — they showed us the spacecraft was in an entirely new region, comparable to what was expected in interstellar space, and totally different than in the solar bubble,” said Don Gurnett of the plasma wave science team at the University of Iowa, Iowa City, who published a paper in today’s edition of the journal Science. “Clearly we had passed through the heliopause, which is the long-hypothesized boundary between the solar plasma and the interstellar plasma.”

NASA said the data revealed that Voyager 1 left the Solar System on August 25, 2012.

Last month, researchers at the University of Maryland claimed the probe had left the Solar System July 27, 2012 in a paper published in The Astrophysical Journal Letters.