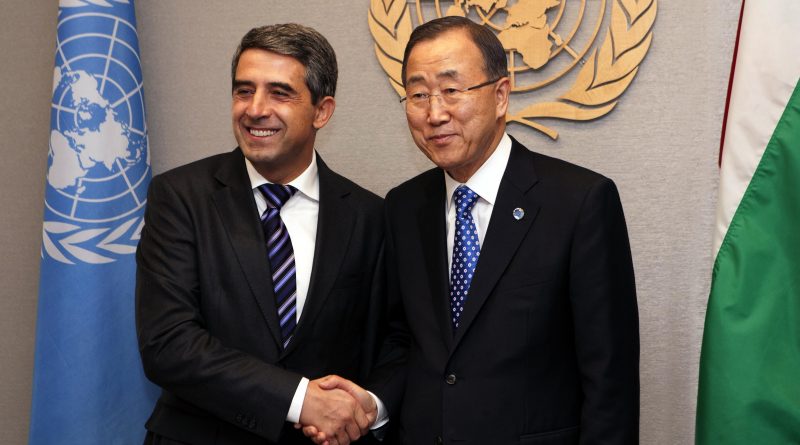 “Can it be permissible that in the 21st century, a political solution cannot be found, while thousands of people are being killed?” Plevneliev said.

“What are politicians on this planet doing, and can they not stop this bloodbath?” he said.

Bulgaria was part of the solution but other countries were part of the problem, and many appreciated this, Plevneliev said.

Public broadcaster Bulgarian National Television reported from New York that at his meeting with Plevneliev, Ban said that Bulgaria was a true democracy, a good neighbour and an example to the entire Balkan region. Ban said that he was impressed with the way that Bulgaria was developing and its place on the world economic and political scene.

The Voice of America reported Ban as saying that Syria would be on top of every leader’s mind at this week’s UN General Assembly session.

More than 120 world leaders will attend the annual meeting at U.N. headquarters to discuss and debate wars, political crises and humanitarian concerns. The major meetings get under way on September 25.

Ban said that Syria will be on the top of his agenda. He said that it is an issue that has to be addressed most urgently.

The world is deadlocked on how to deal with the civil war in Syria, which has killed more than 20 000 people, mostly civilians. Russia and China have vetoed tough sanctions against the Syrian government in the Security Council, and the United States has expressed no desire for military intervention.

Other major issues expected to dominate the General Assembly include tensions between Israel and Iran, and the deadly protests over the anti-Muslim video, “Innocence of Muslims”, which was made in the US.