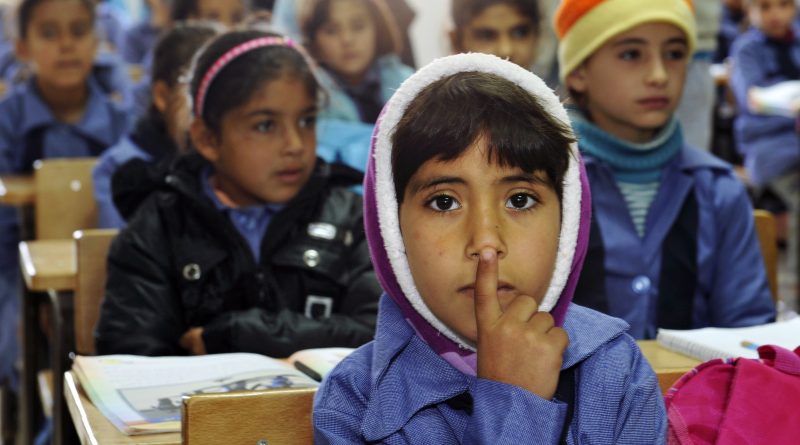 The European Commissioner for Humanitarian Aid and Crisis Response, Bulgaria’s Kristalina Georgieva, has reiterated her calls for an end to fighting in Syria and an urgent political solution, a call issued in response to the United Nations refugee agency saying the number of refugees who had fled Syria was now more than two million.

In a September 3 2013 statement, Georgieva said that until an end to the fighting and a political solution were achieved, “I reiterate my plea to all parties to abide by international humanitarian law and to protect civilians and those helping them to survive”.

UN High Commissioner for Refugees Antonio Guterres said on September 3 that the situation of Syrian refugees was “a disgraceful humanitarian calamity” not seen in recent history.

The “tragic outflow” of refugees now numbered more than two million, more than half of them children.

A year ago, the number of refugees was about 231 000, the Voice of America reported.

Most of the refugees have gone to neighbouring countries, including Jordan, Lebanon, Turkey and Iraq, where governments have had to cope with the strain of hundreds of thousands of people in need.

The UN said that many of the refugees were leaving Syria with little more than the clothes on their back. It has made appeals for international aid, but said on September 3 that it had received only 47 per cent of the money required to meet the basic needs of the refugees.

With a further 4.25 million people displaced within Syria, the conflict has forced more than a quarter of the country’s population to leave their homes.

The crisis that began in March 2011 as an uprising against president Bashar al-Assad’s rule has left more than 100 000 people dead.

Georgieva, reacting to the UN statement, said that the number had doubled in the short period since March 16 2013.

“Trying to visualise what this means, just think of four times the number of citizens of Manchester or Lyon or just over the population of Warsaw.

“Then imagine also what this sudden movement of a city-sized population means in terms of the increased pressure on resources such as education, health and security for the countries hosting the refugees,” Georgieva said.

Most of those who have had to flee Syria are concentrated in four countries; Turkey, Jordan, Lebanon and Iraq. It is a tragedy for those who have been forced from their homes. And it also means tremendous sacrifice for their generous hosts who are facing many challenges to their own stability as a result of the exodus from Syria, she said.

“Tragic and cruel as it is, the truth is that with violence becoming ever more ferocious, brutal and inhumane, the tide of refugees is bound to continue to rise. And increasingly the civilian population is at the eye of the target.

“Once again, I call for the fighting to cease and for a political solution to be found urgently. Until that time – and it may be further from our reach than ever before – I reiterate my plea to all parties to abide by International Humanitarian Law and to protect civilians and those helping them to survive,” she said.

Currently, there are more 3000 refugees in Bulgaria, including Syrian refugees, accommodated in five camps that are already filled to full capacity, Bulgarian Red Cross chief Hristo Grigorov said on September 3.

Grigorov, quoted by local news agency Focus, said that there was a need to look for other possibilities for accommodation of the refugees, as their number was increasing.

“Two million Syrian citizens have left their country, as some 500000 of them are in Turkey, which shows that the problem is not only humanitarian but also financial, as the expenses for such a big number of refugees amount to millions. That is why the International Red Cross and Red Crescent Movement came out with an appeal to raise money to assist Turkey,” Grigorov said.

Towards the end of August, Bulgaria’s government pledged additional money for accommodation for refugees and on August 30, the national security council in the Cabinet office approved an 11-point plan including looking for additional alternative accommodation and possible applications for funding from the EU and UN to assist in coping with hosting refugees.

As to the situation of Syrian refugee children, on August 23, UN agencies said that three years of bloodshed in Syria had driven one million children from their homeland.

The United Nations agencies marked this “shameful milestone” by urging the entire international community to do more to help end the conflict and protect the well-being of “a generation of innocents.”

“This one millionth child refugee is not just another number,” said the Executive Director of the UN Children’s Fund (UNICEF) Anthony Lake. “This is a real child ripped from home, maybe even from a family, facing horrors we can only begin to comprehend.”

Lake said that while humanitarian organizations were working to alleviate the suffering of those affected by the crisis, the shameful milestone reflects the failure of the international community to respond to the needs of Syrian children.

“We should stop and ask ourselves how, in all conscience, we can continue to fail the children of Syria,” he said.

According to UNICEF and the UN High Commissioner for Refugees (UNHCR), children make up half of all refugees. Most have arrived in Lebanon, Jordan, Turkey, Iraq and Egypt. Increasingly, they are fleeing to North Africa and Europe.

The majority of child refugees, about 740 000, are under the age of 11, and more than 3500 children in Jordan, Lebanon and Iraq have crossed Syria’s borders either unaccompanied or separated from their families, making them vulnerable to multiple threats including child labour, early marriage and the potential for sexual exploitation and trafficking.

Inside Syria, about 7000 children have been killed during the conflict, and UNHCR and UNICEF estimate that more than two million have been internally displaced.

“What is at stake is nothing less than the survival and wellbeing of a generation of innocents,” said High Commissioner for Refugees Antonio Guterres. “The youth of Syria are losing their homes, their family members and their futures. Even after they have crossed a border to safety, they are traumatized, depressed and in need of a reason for hope.”

UNHCR and UNICEF are providing support to millions of affected families and children. More than 1.3 million children in refugee communities have been vaccinated against measles this year with the support of UNICEF and its partners. Nearly 167 000 refugee children have received psychosocial assistance, more than 118 000 children have been able to maintain their education inside and out of formal schools, and more than 222 000 people have been provided with water supplies.

UNHCR has registered all one million children, giving them an identity. The agency also helps babies born in exile get birth certificates, preventing them from becoming stateless.

Lake and Guterres emphasised that funds for humanitarian assistance are running low, with the Syria Regional Refugee Response plan being only 38 per cent funded. They also underlined the need to find a political solution to the crisis, and appealed to all parties to the conflict to stop targeting civilians and cease recruitment of children.

Those who fail to meet these obligations under international humanitarian law should be held fully accountable for their actions, they said.

(Children inside a classroom at Za’atri refugee camp, host to tens of thousands of Syrians displaced by conflict, near Mafraq, Jordan. Photo: UN Photo/Mark Garten)