Europe
August 14, 2013 Selah Hennessy of VOANews macroeconomic indicators
The eurozone’s 18-month double-dip recession has finally come to an end, with the bloc growing three-tenths of one percent in the second quarter of 2013. But analysts say growth is patchy and the labor market is still a long way from recovery.

Europe’s largest economy, Germany, has driven the recovery with seven-tenths of one percent growth. And in France, the second largest economy, growth reached half a percent — twice what had been predicted.

“I think we have seen an improvement in confidence across the core economies,” he said. “We have also seen export growth picking back up a little bit and consumers, which particularly in Germany have traditionally been relatively thrifty and reluctant to spend money, have become a little more confident and therefore are putting their hands in their pockets. That’s perhaps inspiring firms to invest a little bit more money.”

But he says recovery is patchy across the eurozone, with the core nations fairing much better than those on the periphery.

Portugal, which was bailed out by its European neighbors, did manage one and one-tenth percent growth. But other southern countries did not do so well. Spain’s economy shrank by a tenth of a percent and Italy’s by two-tenths of a percent.

“However, within that growth there is likely to be a continued big divergence between the core economies, which are doing quite well, and the much weaker peripheral economies, which are the economies which of course need to see growth most desperately to get on top of their debt problems,” he said. “So, in that sense, I think even the indications of continued growth into the third quarter is not a sign that the debt crisis is coming to and end.”

And even as some European economies seem to be picking up, jobless rates across Europe are still high.

In some countries as much as one-quarter of the population is out of work, while in Italy, 40 percent of young people are jobless.

Ramon Pacheco Pardo from the European and International Studies department at King’s College London says slow growth will do little to ease unemployment.

“This is going to take a lot of time to translate into more jobs, more stable jobs, more economic security,” he said. “So even though at a macro level it seems that the worst is over, at the very least for the time being, at the micro level — at the level of job seekers, for example — there is a sense that recovery is nowhere near.”

Analysts say the eurozone would need economic growth of around one-and-a-half percent to create new jobs. 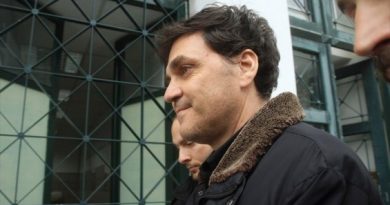 Bail-in victims to challenge troika’s policies at the ECJ