The European Union’s foreign ministers agreed at a meeting on July 22 2013 to declare the military wing of Hezbollah a terrorist organisation.

The decision is a direct consequence of Hezbollah’s military wing being named by Bulgaria, following an investigation it led with international co-operation, as having been behind the terrorist outrage at Sarafovo Airport in Bourgas in July 2012 in which five Israelis and a Bulgarian were killed, along with the bearer of the bomb detonated on a tourist bus.

A Hezbollah operative also was found guilty in March in a court in Cyprus of seeking to target Israeli tourists.

Declaration of Hezbollah’s military wing as a terrorist organisation means that its sympathisers in the EU may not send it money, and nor may EU diplomats have meetings with representatives of the organisation.

A decision on the declaration required consensus among representatives of all 28 EU member states.

The United Kingdom had been leading the campaign for the declaration.

On arrival at the foreign ministers’ meeting, UK foreign secretary William Hague noted that it had been a year since the terrorist attack in Bulgaria and that it was very important for the EU to send a clear signal in response to a terrorist attack on its soil.

The declaration stopped short of declaring Hezbollah, which has a significant part in government in Lebanon, a terrorist organisation as a whole. There have been concerns about the implications that such a declaration would have in Lebanon.

On arrival at the EU foreign ministers’ meeting, EU foreign policy chief Catherine Ashton said that when she was in Lebanon a few weeks ago, she had gone to see the military personnel who were helping to support stability in the south of the country.

“First of all, our thoughts are with people in terms of the fragility of the country and the concerns in the country about how to deal with the growing numbers of refugees who need to be properly cared for and I pay tribute to all those in Lebanon who are working to do that. But there are growing concerns about the role of Hezbollah,” Ashton said. 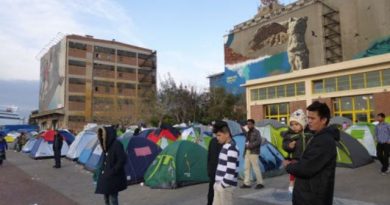 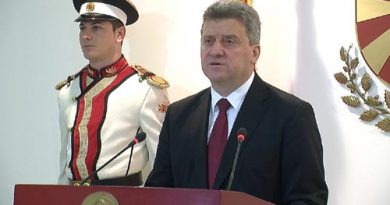