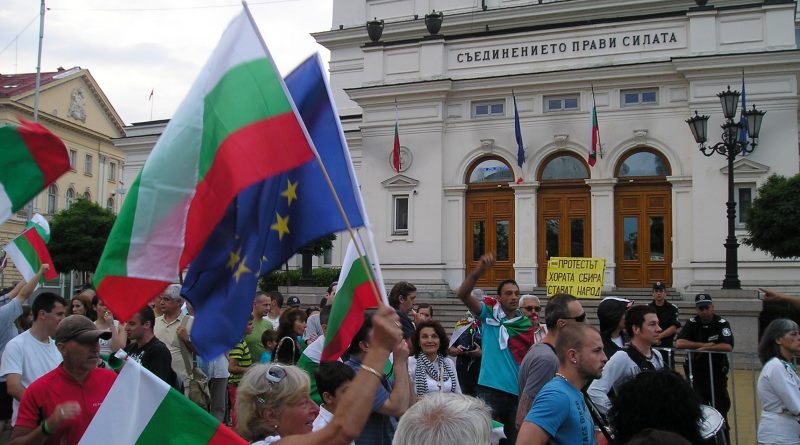 A petition by Bulgarian anti-government protesters to visiting European Commission Vice President Viviane Reding on July 22 2013 became the latest move in the battle in cyberspace and in rival petitions by groups for and against the Bulgarian Socialist Party government.

The petition was generated online as Reding headed for Sofia for a campaign to encourage citizens’ dialogue with EU institutions, as well as talks with President Rossen Plevneliev and government officials.

A few hours after going online, the petition had attracted 2280 signatures. It concludes: “As we wish to live in a normal country, we rely on your support, just as the EU supported all those EU members in financially vulnerable position – with the only difference that we do not ask for financial support but for your political support. We wish to see that the European Commission considers all instruments at its disposal to ensure that a democratic solution to the current political crisis is put in place”.

The previous day, anti-government protesters had launched the Noresharski.com website as a central resource for information about the protests and the government that they seek to pressure to resign.

By midday on July 22, Noresharski’s Facebook page had attracted 1480 likes.

With the anti-government protests, which started with the election by BSP and Movement for Rights and Freedoms MPs of controversial figure Delyan Peevsi as head of the State Agency for National Security, a move that had to be withdrawn amid a massive public outcry, now approaching their 40th day, the biggest game in town in the cyber war remains the Facebook page for the DANS With Me campaign (allowance must be made for a wider online presence of all things #ДАНСwithME in various forms).

For the daily anti-government protests, it has generated close to 329 000 invites to Facebook participates, of which more than 83 000 clicked themselves as “going”.

This somewhat dwarfs the pro-government “give the government of Plamen Oresharski a chance” Facebook presence, which by July 22 had generated 5136 invites with 1255 clicking as “going”.

In neither case, of course, do the clicks as “going” necessarily turn into reality. Figures for the turnout for the anti-government protests are disputed, especially because of the controversially low estimates given by the Interior Ministry, so there could hardly be a consensus that daily turnout averages 80 000.

However, the pro-government “going” crowd hardly produces massed battalions, given that reported averages are about 100 people.

The pro-government group says that it has garnered 200 000 signatures of its petition calling for the government to remain in place, and 12 000 for the impeachment of President Rossen Plevneliev. The impeachment petition was started after an early July speech by the head of state in which he said that the only way out of Bulgaria’s political crisis was early elections.

On the anti-government side, reports from Plovdiv on July 21 said that in Bulgaria’s second city, 20 000 signatures had been gathered calling for the resignation of the government and of its controversial appointment as regional governor, Ventsislav Kaymakanov.