Bulgaria’s Government approved on July 22 the draft bill revising the 2013 Budget Act. The bill will be submitted to Parliament and could be debated at first reading before the end of the week, Finance Minister Petar Chobanov said.

Chobanov said that the revision was the result of “objective reasons”, blaming the GERB government that passed the Budget last year for setting unrealistically high revenue targets and failing to provide sufficient spending buffers.

The draft bill envisions increasing the Budget deficit by 493.4 million leva, raising the deficit target to two per cent of gross domestic product (GDP), which will still keep Bulgaria within the ranks of the fiscally-responsible EU member states, he said.

(The bill’s other major change is raising the borrowing limit on the domestic market by one billion leva. For more details on the Budget revision bill, visit The Sofia Globe report here.)

GERB leader and former prime minister Boiko Borissov said on July 22 that his party’s MPs will attend the Parliament debate on the Budget revision and will try to persuade the ruling coalition not to go ahead with the bill. The party has been boycotting Parliament sittings for more than a month, but Borissov said that the Budget was even more important than election law amendments – the only issue on which the party said it was prepared to vote in Parliament before early elections are called.

Alongside the opposition parties, economic policy think-tanks in Sofia have argued against the revision, saying that the revenue shortfall this year, expected by the Plamen Oresharski administration, was not sufficient grounds for a Budget revision.

Initially, Oresharski said in a memo accompanying the revision bill that the Cabinet expected a shortfall of 293 million leva, the rest of the deficit increase coming from increased spending to cover overdue payments to the private sector and benefit hikes.

But on July 22, Chobanov said that the revenue shortfall was seen at 207.4 million leva, with 286 million leva to be spent on top of what is currently envisioned in the 2013 Budget.

Bulgaria to receive 852 refugees in first phase of quota scheme 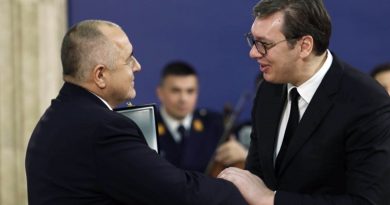