The European Union appeared on July 19 2013 set to put the military wing of Hezbollah on the EU terror list now that that it has clear evidence of the Lebanese group’s involvement in terrorist activities in Bulgaria and Cyprus, a decision that will be taken on July 22 by the 28 European foreign ministers at their meeting in Brussels, a report said.

While the EU has so far been unable to reach a decision on a request by the United Kingdom to blacklist Hzbollah’s military wing, a senior European Union official said on July 19 that while a decision was not made yet, ‘’we are moving in that direction”, the European Jewish Press reported.

‘’The evidence that Hezbollah’s military wing is a terrorist organisation and that they have engaged in terrorism on EU soil is compelling. That is why we believe that their formal listing by the EU as a terrorist organisation is fully justified. We are working closely with EU partners on this issue and want to reach a robust, collective EU position,’’ the British Foreign Office said.

The senior EU official, who asked not to be identified, insisted  that a blacklisting decision would be exclusively linked to the terrorist attack in the Bulgarian Black Sea city of Bourgas where five Israeli tourists and a Bulgarian bus driver were killed just one year ago and a four-year jail sentence handed down by a Cypriot court in March to a Hezbollah operative accused of plotting to attack Israeli interests on the island. ‘The decision would have nothing to do with EU sanctions against Hezbollah for its role in the civil war in Syria,’’ he said.

He said the number of EU members states who have difficulties with the blacklisting ‘diminishes.’ Austria was said to be the latest country to have dropped its opposition to the move. ‘’It will be up to the ministers to take the political decision on Monday,’’ he said.

Such a decision needs unanimity among the 28 EU member states. 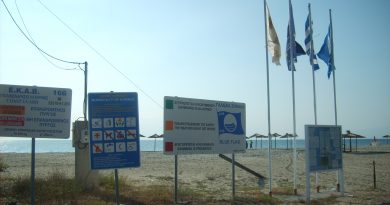