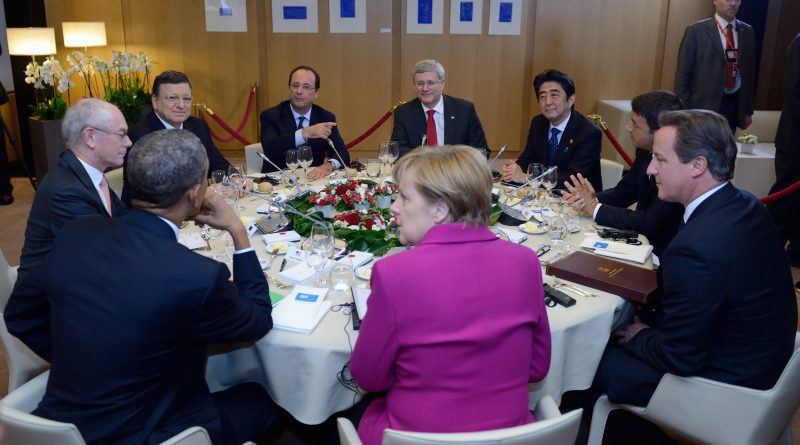 Leaders from the Group of Seven industrialized economies gather Thursday in Brussels for a second day of meetings. The talks have focused on Russia’s involvement in the Ukraine crisis.

Late Wednesday, G7 leaders urged Moscow to respect the results of Ukraine’s presidential election, stop the flow of fighters and weapons to the eastern part of the country, and completely withdraw troops from its border with Ukraine.

The joint statement threatened to “intensify targeted sanctions and to implement significant additional restrictive measures to impose further costs on Russia, should events so require.”

Russian President Vladimir Putin was not invited to the summit, a move that came in response to Moscow’s incursion into and annexation of the Crimean Peninsula in March.

Putin on Wednesday played down the boycott, but insisted he was open to dialogue with Ukraine’s president-elect, Petro Poroshenko.

The meetings will come at a ceremony in Normandy, France to mark the 70th anniversary of the allied D-Day invasion against Nazi forces in World War II.

Underscoring frosty U.S.-Russia ties, Putin is not expected to meet with President Barack Obama at the event.

Speaking in Poland, President Obama on Wednesday condemned what he called Russia’s “dark tactics” in Ukraine.

Obama also met with Ukrainian president-elect Poroshenko in Warsaw, where he announced $5 million in non-lethal aid to help Ukraine’s military forces in their effort to battle pro-Russian separatists in eastern Ukraine.

The money will go toward the purchase of body armor, night vision goggles and communications equipment.

Obama said the international community must support efforts to negotiate with Russia and ensure that Russia does not finance, arm or support separatists in Ukraine. He said the world must be willing to enact consequences against Russia. 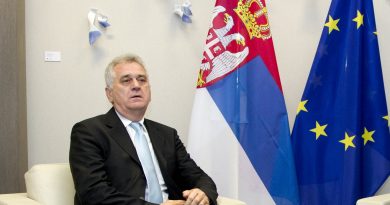