The EU has decided to postpone talks with Ankara aimed at moving forward on Turkey’s membership in the bloc until later this year. Germany had pushed for the delay, saying that a signal should be sent of the EU’s disapproval of the recent crackdown on anti-government protests.

The EU had planned to breathe new life into Turkey’s bid to join the 27-nation bloc. Talks were due to start Wednesday on opening a new chapter in the accession process.

But the crackdown on anti-government protests in cities across Turkey has dismayed many European countries.

Led by Germany, EU foreign ministers voted to delay the start of talks until mid-October at the earliest.

Guido Westerwelle is Germany’s Foreign Minister. “On the one hand, we can’t pretend that negotiations take place in a vacuum as if the last days hadn’t happened. On the other hand, we should also make sure that our joint long-term strategic interests are protected,” said Westerwelle.

The decision to delay the talks was pragmatic, says Pawel Swidlicki, an analyst with the London-based policy group Open Europe.

“It’s a face-saving exercise for all involved. No-one really wants to say that this process is going nowhere so they’ve agreed to kick the can down the road until after the German elections, because this will be a contentious issue in those elections,” said Swidlicki.

Germany goes to the polls in September. Chancellor Angela Merkel’s conservatives oppose EU membership for Turkey in their election manifesto.

Speaking at the German-Turkish Chamber of Commerce, she reiterated her stance on the protests.

“I don’t want to conceal the fact that I was shocked by some pictures we’ve seen lately from Turkey. I hope that through a dialogue, solutions will be found in the future,” said Merkel.

Three weeks of clashes in Istanbul and across Turkey have left four people dead and an estimated 7500 injured.

Many European countries say the police response has been overly harsh.

“This can be partly explained by his longevity in office and the fact that several European countries, specifically Germany and France do not want Turkey to join European club anytime soon,” said Hakura.

But Britain, along with some other EU members, does want Turkey to become an EU member.

Again, Pawel Swidlicki of Open Europe. “Turkey has huge economic potential at a time when Europe is stagnating politically, economically, demographically – in effect there’s a whole raft of very serious challenges. And that contrasts quite vividly with Turkey’s dynamism,” he said.

Istanbul’s mayor meanwhile has warned that the protests could cost the city the 2020 Summer Olympics. Organizers will choose the host city in September, and Istanbul authorities fear images like these will give rival candidate cities Madrid and Tokyo an advantage. 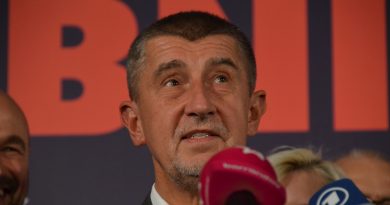 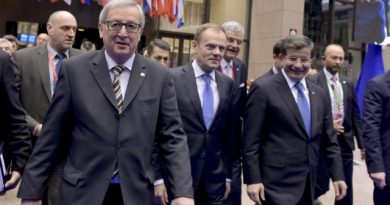 EU, Turkey agree on details of accord on migrants