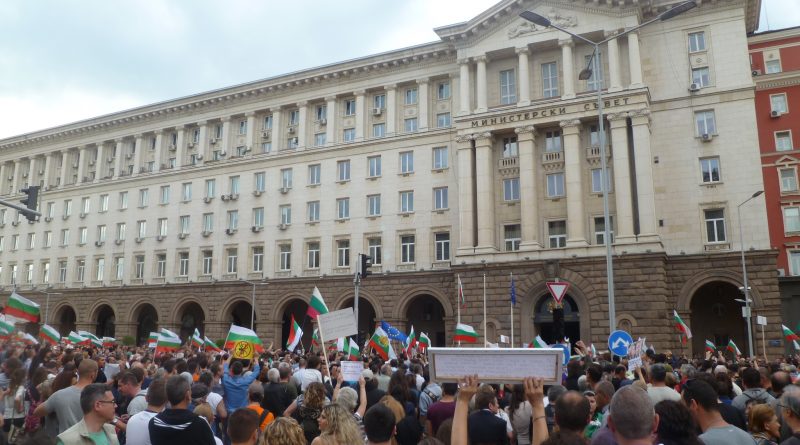 Monov’s stated apology for his remark follows lampooning of him by protesters, who took to wearing signs and clothing spoofing the description. It also follows calls specifically for Monov, a first-time MP elected on the Bourgas list, to resign; and calls from some of his fellow BSP MPs for him to apologise.

His apology was expressed as, “I am sorry that my words sounded this way.”

“I say this as a person who has been dealing with psychotherapy for years.”

Monov put it, “my concern was focused on another thing – that there is indeed such a cultural paradox, that the biggest achievements sometimes work against the people.

“I mean that in China, for instance, there are more than 25 million internet addicts, who are receiving medical treatment. The World Psychiatric Association has declared internet addition as one of the most serious”.

Monov, disclosed ahead of the May 12 elections by the Dossier Commission to have been code-named Gogov when he was an agent for Bulgaria’s communist-era State Security secret service, said: “I only said that I do not accept the statement that the protesters now were intelligent, while those, who staged protests in February, were not.

“I believe that we, the people that protested in February, were not with a different IQ than those, who protest now,” Monov said.

“Certain people are really good actors, who have entered into the role of rebels,” Monov said, in an apparent reference to other politicians.

Speaking on June 21 in an interview with public broadcaster Bulgarian National Television, BSP MP Mladen Chervenyakov said that he apologised on behalf of the BSP parliamentary caucus for Monov’s remarks.

Defence Minister Angel Naidenov, a BSP MP for a number of terms, said that Monov’s use of the term was not only dismissive, but it was also offensive enough to be strongly condemned and rejected.

Naidenov said that he apologised on behalf of the party to all the protesters and urged Monov to do the same.

“Lumpen” as a word is most associated with the term “lumpenproletariat”, used by Karl Marx to describe those elements of the working class unlikely ever to achieve class consciousness and thus doomed to be useless to the revolution. The Bulgarian anti-government protests, which have been drawn many thousands of people to the streets of Sofia and other major cities and towns, have been organised on internet social networks.

Bulgaria warns of lack of readiness for winter road conditions

Bulgarian PM snubs motion of no confidence debate in Parliament