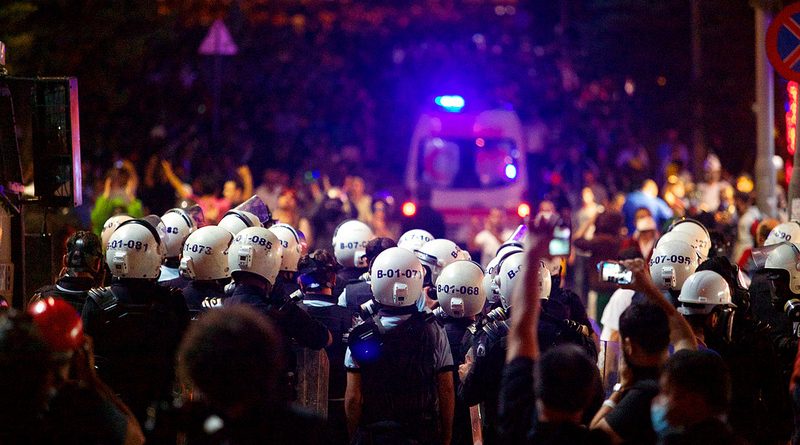 Turkey’s state-run Anadolu Agency says at least 25 people were detained Tuesday in the capital, Ankara, while many others were arrested in Istanbul and Izmir.

Turkey has seen violent anti-government protests in several cities across the country for nearly three weeks.

The government said Monday it may use the army to help stop the protests, if police power is not enough.

Most of the strikes were peaceful, but riot police faced off briefly Monday with about 1,000 trade union workers in Ankara.

Small-scale clashes with protesters occurred in Istanbul on the sidelines of a demonstration called by labor groups.

On Sunday, Turkish Prime Minister Recep Tayyip Erdogan said the street protests were manipulated by “terrorists.” He dismissed opposition allegations that he was behaving like a dictator.

Protests that started nearly three weeks ago against government plans to tear down the park for new construction quickly built into nationwide protests against Mr. Erdogan. The demonstrators accuse him of imposing his conservative Islamic views on the country.