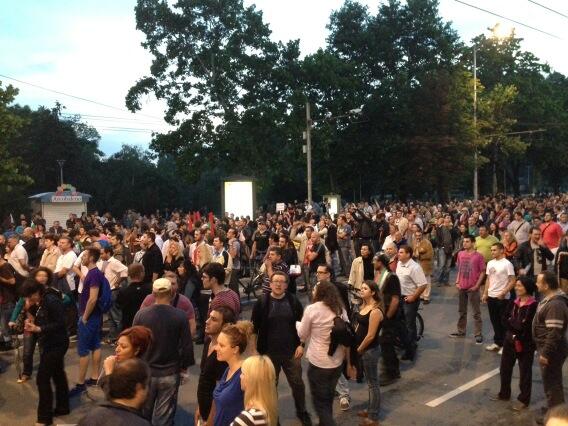 After the June 14 public protest against the appointment of Movement for Rights and Freedoms MP and media boss Delyan Peevski as head of the State Agency for National Security saw about 10 000 people turn out in Sofia and several thousand in various other Bulgarian cities and towns, a follow-up was planned for Saturday evening.

The rapid interval between the nomination and voting in office of Peevski as SANS chief by Bulgarian Socialist Party and MRF MPs unleashed outrage on social networks which quickly became the base for organising protests. Public indignation is based on objections to Peevski himself and, among other things, to what is seen as disproportionate power accorded to the MRF and other interests.

The June 14 protest in Sofia went on from about 6.30pm to 11pm, with people gathering to march between the Cabinet office, Parliament and the landmark Eagle Bridge in the Bulgarian capital.

Plans are for the June 15 protests to take place between 6pm and 8pm. (Even for those who no opinions on the issue, motorists should note that roads around Parliament and the Cabinet office are likely to be impassable to vehicle traffic.)

The Peevski appointment led to President Rossen Plevneliev calling on Parliament to withdraw and reconsider the decision, with the head of state announcing that the June 14 vote meant the end of the “credit of confidence” in the government that took office on May 29.

Twenty NGOs sent an appeal to Parliament to cancel the Peevski appointment and restart the process in accordance with proper parliamentary procedure.

Bulgarian media quoted Western diplomats as expressing misgivings about the naming of Peevski, a controversial figure, to the SANS post.

The US embassy effectively distanced itself from the appointment, while French ambassador Philippe Autié indicated, according to a report by Mediapool, that he had been taken aback by the way that the nomination had been handled in Parliament.

“Our bilateral co-operation against organized crime has to now seen real satisfaction for the French side. We hope to keep the good level of co-operation.”

Autié said that “the post of chairman of the National Security Agency requires that it be filled by highly competent individual, motivated by the national interest and concern for the overall security of Bulgaria and of the European partners.”

In responses on Twitter to journalists who asked him about the Peevski appointment, UK ambassador Jonathan Allen said, “Head of DANS incredibly sensitive position for Bg and international partners. Need someone of highest integrity, trust & confidence” and “The appointment has been rushed through with no hearings, debate or opportunity to find out about candidate. Why?”

The Bulgarian Socialist Party government has defended the appointment of Peevski as an “outside expert” while he told local media that he should be judged on his deeds in office. 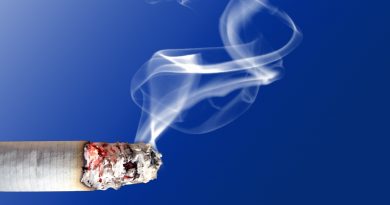 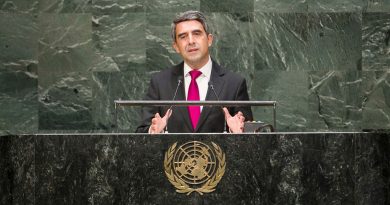 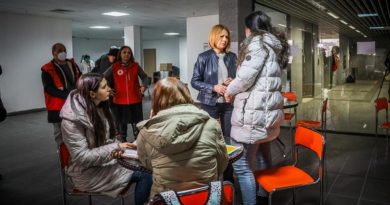