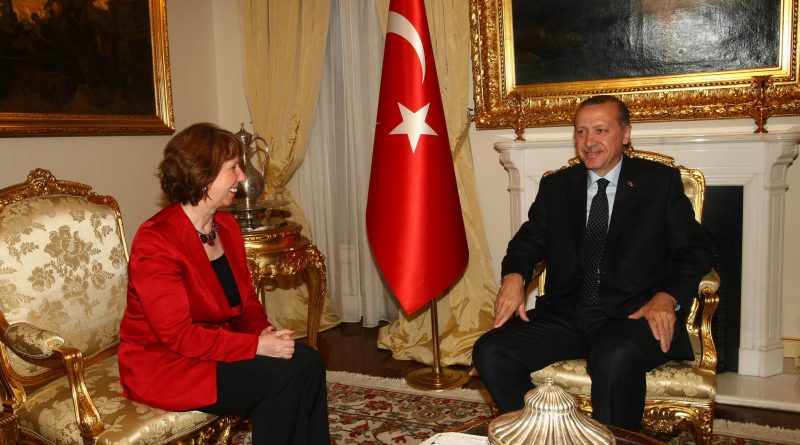 European Union foreign policy chief Catherine Ashton has issued a reminder to Turkey that the country’s EU accession negotiations “provide the framework for ensuring full commitment to and guarantee of human rights”.

Ashton issued the warning on June 9, while the following day – the 11th straight day of demonstrations – protesters again clashed with police in capital city Ankara.

On June 9, Turkish prime minister Recep Tayyip Erdogan said that he had “limited patience” with the protesters. Erdogan said that marchers would “pay a price,” adding that he would have to “speak the language” they understand, the Voice of America reported.

In her statement, Ashton said that she continued to be concerned by the situation in Turkey and was following developments very closely.

“I am deeply saddened by the deaths and many injuries that have occurred, and I send my sympathies and condolences to all those who have been hurt or bereaved. It is essential that all violence stops and that all cases of excessive use of force by the police are recognised as such and investigated promptly, and that those responsible are held fully accountable,” Ashton said.

The continuing tensions underline the need for restraint on all sides and the importance of finding a quick solution based on dialogue, mutual respect, understanding and inclusiveness. Open and sustained engagement of the authorities is essential to reinforcing democracy, building confidence and avoiding escalation, she said.

Turkey’s EU accession negotiations and commitment to the Copenhagen criteria provide the framework for ensuring full commitment to and guarantee of human rights and fundamental freedoms for the benefit of all citizens of the country, without discrimination.

These include freedom of expression, freedom of assembly, freedom of religion, belief and thought and freedom of the media, including the responsibility to exercise it actively.

“Social media must not come under arbitrary pressure. Any limitations should be strictly within the limits defined by the ECHR and the jurisprudence of the ECtHR,” Ashton said.

She said that the EU was fully committed to reinforcing dialogue with Turkey on these important issues and so to making further progress within Turkey’s EU accession process.

On June 9, Erdogan urged his supporters to avoid violence and use local elections next year to “teach a lesson” to their opponents.

Three people have been killed and thousands hurt since the protests began against government plans to tear down a public park in Istanbul. They have since turned into protests against what marchers call the prime minister’s imposition of his Islamist views on a secular nation.

(Photo: Ashton with Erdogan during a March 2013 visit to Ankara: EC Audiovisual Service)