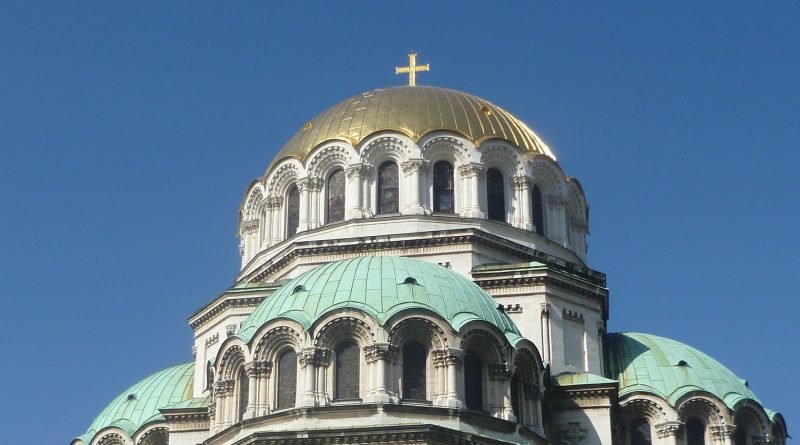 Bulgaria News
May 9, 2013May 27, 2013 The Sofia Globe staff Sofia
An exhibition entitled “The Cross in European Culture”, organised by the embassy of Ireland at the National Ethnographic Museum in Sofia, is being held from May 13 to 27.
All the countries of the European Union have significant Christian traditions, and these traditions are reflected in the rich variety of Crosses to be found within the EU, a media statement by the Irish embassy said.
The exhibition will bring together actual Crosses and photographs of Crosses from the various countries of the EU.
On May 13, The Most Reverend Michael Jackson, Church of Ireland Archbishop of Dublin, will open the exhibition and give a key-note address.
Early mediaeval Ireland was famed throughout Europe for its spiritual vitality and Irish monks travelled around the continent, the statement said.  Such saints are recalled with affection to this day in France, Germany, Austria, Italy, and elsewhere.
“This exhibition would be a means of displaying central elements of Ireland’s cultural heritage, so significant for the history of Europe, in an international context. In particular there will be an unprecedented and exciting interplay between Irish and Bulgarian artistic and religious traditions.  These two countries from different edges of Europe have both found inspiration throughout their turbulent and tragic histories in the power of the Cross.”
To bring together the artistic and spiritual traditions of Ireland and Bulgaria in this unprecedented combination and place both in a rich European context will be a memorable way to mark the Irish Presidency of the EU, the statement said. “The exhibition will emphasise both common roots and rich diversity within our European home”.
The National Ethnographic Museum is at 1 Knyaz Alexander 1 Square.

Covid-19 in Bulgaria: As rate of new cases falls, a warning against complacency