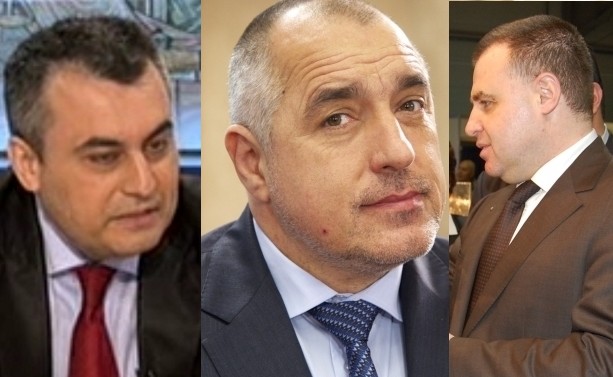 In another day of drama in Bulgaria’s eavesdropping controversy, the Supreme Judicial Council voted unanimously to accept the resignation of Nikolai Kokinov as Sofia Chief Prosecutor – but declined to accept his resignation as a prosecutor because disciplinary proceedings against him are pending, for allegedly disclosing the findings of an investigation without authorisation.

Kokinov is to face a disciplinary hearing on May 13, the day after Bulgaria’s national parliamentary elections, campaigning in which currently is dominated by national controversy about alleged illegal eavesdropping by the former government headed by Boiko Borissov.

It was the findings of this initial investigation that Kokinov allegedly discussed with Borissov and former cabinet minister Miroslav Naidenov at Borissov’s Bankya home on April 15, as well as the three allegedly seeking to influence an investigation into corruption by Naidenov while in office as agriculture minister.

Recordings from this conversation were leaked to the media on April 26, a day after Naidenov was suspended from Borissov’s GERB party for saying on live television that then-interior minister Tsvetan Tsvetanov had been behind illegal eavesdropping on all members of the cabinet including Borissov. Tsvetanov, currently GERB’s election campaign chief, denies all wrongdoing and has labelled the eavesdropping controversy as a campaign to discredit GERB.

Prosecutors intend questioning Borissov and Naidenov about the conversation, it was confirmed on April 29.  On April 25, Naidenov was granted close personal protection on the orders of prosecutors who interviewed him after his comments on television.

Borissov, on the campaign trail in Plovdiv – one of two Bulgarian cities where he is his party’s election ticket leader – said that he looked forward to going to meet prosecutors for questioning, “if only to find out who is bugging my toilet”.

Reports said that on the audio file, the sound of a heartbeat and a toilet flushing can be heard. On April 29, Borissov and Tsvetanov offered diametrically opposite opinions on whether Naidenov was involved in the illicit eavesdropping on the Bankya conversation.

Tsvetanov, in contrast, said that he believed that Naidenov had been involved in the electronic eavesdropping. The former interior minister said that structures of the former communist-era secret service State Security were behind the wiretapping, and were using Bulgarian Socialist Party leader Sergei Stanishev as their spokesperson.

The eavesdropping controversy began when Stanishev approached Prosecutor-General Sotir Tsatsarov about the alleged unlawful covert surveillance after, Stanishev said, he was sent an e-mail with documentation about it. After the initial investigation, Stanishev has called repeatedly – along with GERB’s other political rivals – for Tsvetanov to keep his promise to withdraw from politics if it is established that the law on surveillance was broken while he was interior minister. Tsvetanov insists that the statement by prosecutors on April 15 did not include an assertion of having found illegal eavesdropping.