Bulgarian President Rossen Plevneliev, in his first comment on the controversy about alleged illegal eavesdropping, said that it would be “absolutely unacceptable” if it turned out to be true that politicians and citizens had been subjected to unlawful surveillance.

Plevneliev’s name was on the list of state and government officials, politicians and business people who allegedly were the subjects of illegal eavesdropping.

A two-week initial investigation by senior prosecutors resulted in an announcement on April 15 that the “prerequisites” for illegal eavesdropping existed. The investigation resulted in pre-trial proceedings being opened against four officials, three for dereliction of duty and one for allegedly trying to obstruct the investigation. Two of these officials have been suspended.

Plevneliev, speaking on April 19, said that on the day that Bulgarian Socialist Party leader Sergei Stanishev reported the alleged illegal eavesdropping to Prosecutor-General Sotir Tsatsarov, he had spoken to Tsatsarov, “encouraging him and expressing support and hope that the Prosecutor’s Office would act quickly and appropriately and that there would be clear results in a reasonable time”.

The actions of the Prosecutor-General’s office had been “correct,” Plevneliev said.

He said that he was worried by the findings of “prerequisites” for illegal eavesdropping.

Plevneliev said that he hoped that the Interior Minister in the caretaker cabinet, Petya Purvanova, would take urgent steps to draft rules about the use of special surveillance.

He said that he would ask the 42nd National Assembly, the parliament that will be elected on May 12, to approve changes to legislation so as to prevent illegal wiretapping.

On another topic dominating headlines in Bulgaria on April 19, the announcement that the Bulgaria’s Prosecutor’s Office had opened an investigation into allegations of bribery against the head of Interior Ministry’s chief directorate for combatting organised crime, Stanimir Florov, Plevneliev called on Interior Minister Purvanova to take “immediate measures” to support the actions of the prosecution, even including the suspension from office of Florov to allow prosecutors to work objectively and uncompromisingly.

Plevneliev was speaking after a meeting with the head of military intelligence, Vesselin Ivanov, National Intelligence Service chief Dragomir Dimitrov and the head of the Dossier Commission, Evtim Kostadinov.

The President said that archives of the National Intelligence Service and Military Information Service need to be given to the Dossier Commission “without delay and soon,” according to local news agency Focus.

There is absolute agreement. The National Intelligence Service very soon, Military Information Service – by the end of the year, but the archives have to be given once and for all and the issue should be closed, Plevneliev said.

He said that he would propose to the next Parliament to table legislative changes, if necessary, to amend the act on access to and revealing documents from Bulgaria’s communist-era State Security, so that after 2014 absolutely all archives of the secret services of the totalitarian state by 1989 could be opened, become public and transparent and join the State Archive.

In late 2012, Parliament approved a change to the law scrapping a bar on identifying people currently employed by secret services who were with State Security. The law now allows identifying such people if they are at the level of head of department.

Secret service chiefs took exception to the change but it was not vetoed by President Plevneliev. Among the first names announced afterwards was that of the head of civilian intelligence, Dragomir Dimitrov.

The Bulgarian Socialist Party said that the change to the law would affect 1000 employees of the intelligence services, of whom 70 are abroad. GERB countered that no more than 50 people would be affected. 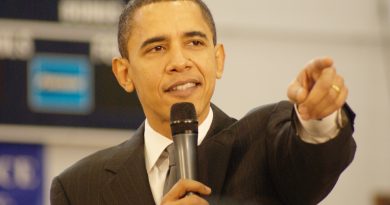 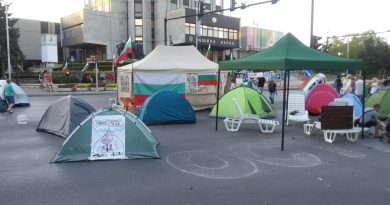