Bulgaria’s Prosecutor-General Sotir Tsatsarov said on April 11 that he asked the country’s Supreme Judiciary Council (SJC) to fire Malena Filipova, who was until recently head of the Supreme Prosecution of Cassation inspectorate.

Filipova has been the head of the inspectorate since 2006, but was suspended by Tsatsarov in January. At the same time, Tsatsarov ordered an internal investigation of the department.

The inspectorate plays an important role is the self-policing of Bulgaria’s judiciary, since it deals with all complaints lodged against prosecutors and investigative magistrates – if it finds sufficient evidence of wrongdoing, the inspectorate can forward the case to the disciplinary and ethics committee of the SJC or pass in on to Sofia City Court for a full-blown investigation.

However, it does not have the powers to order law enforcement agencies, such as the police’s chief directorate for combatting organised crime or the State Agency for National Security, to carry out investigations – and that is exactly what the inspectorate had done under Filipova, Tsatsarov said.

Furthermore, some of those orders to law enforcement agencies had nothing to do with the job duties of the prosecutors under investigation, news website Mediapool.bg reported.

The inspectorate also overstepped its authority in numerous ways – by investigating judges, by commandeering investigation paperwork, by failing to distribute investigations among inspectors on a random basis. Additionally, some of the investigations went on for years without yielding any results, Tsatsarov said.

The results of all such investigations were stored in an electronic register kept by the inspectorate separately from the prosecutor’s office IT platform. This data would be erased, Tsatsarov said.

A disciplinary case against Filipova was opened by the SJC last month, with Tsatsarov saying that he was recommending she was fired with prejudice. Other prosecutors working in the inspectorate had no blame for the breaches of law carried out by Filipova, he said.

Going forward, the results of the internal investigation at the inspectorate would be used to draft recommendations that would ensure that such abuses could not happen again. Concerning any possible criminal charges against Filipova, Tsatsarov said that this would be decided by the prosecutor in charge of the internal investigation, not the Prosecutor-General’s office. 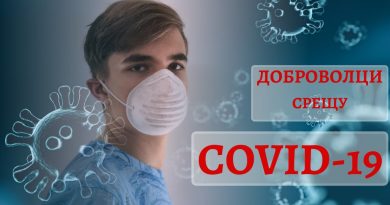