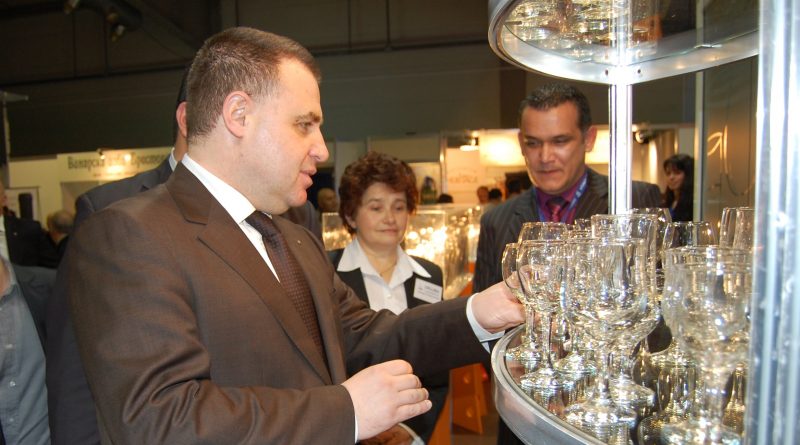 Prosecutors from a unit charged with fighting EU funds mismanagement have pressed charges against Bulgaria’s former agriculture minister Miroslav Naidenov, it emerged on March 26. Naidenov is charged with one count of bribery and two counts of overstepping his authority.

The charges stem from an investigation launched by prosecutors in November 2009, only months after Naidenov took office as part of the Boiko Borissov cabinet (he kept the agriculture portfolio until the government resigned last month). At the time, the investigation was labelled as “against an unknown perpetrator” – a common practice under Bulgarian law when investigators do not have sufficient evidence to indict a suspect.

Naidenov is accused of offering a 200 000 leva bribe to Svetoslav Simeonov, then executive director of State Fund Agriculture, in October 2010, in exchange for authorising value-added tax refund payments to two companies contracted by the fund.

Naidenov is also alleged to have forced, in November 2010, Simeonov to sign off (against his will) on a complaint that accused two people – the previous director of the fund, Kalina Ilieva, as well as a Sofia prosecutor – of threatening and attempting to pressure Simeonov. By doing so, Naidenov overstepped his authority as minister, prosecutors said.

Finally, Naidenov is accused of awarding, in March 2010, a contract under a public procurement tender called by State Fund Agriculture – again, overstepping his authority.

In recent weeks, Naidenov has been the target of Bulgarian Socialist Party (the main political opponents of GERB, Borissov and Naidenov’s party) accusing him of corruption while in office, which prompted Prosecutor-General Sotir Tsatsarov to order that the investigation is sped up, according to reports in Bulgarian media.

The allegations themselves are not new and have been made, over the past years, by other parties. Recent reports, quoting unnamed sources in the judiciary, said that Naidenov had been “protected” while in office – a charge that Naidenov denied in a TV interview at the weekend.

After the charges against him were made public on March 26, Naidenov told local news agency Focus that the lawsuit had been prepared for a long time and was a tool used by socialists as part of their election campaign.

Naidenov said that he was not afraid of the scrutiny, blaming the investigation on “denunciations that Kalina Ilieva has been making to various institutions and political parties for years.”

(Ilieva was the head of State Fund Agriculture, the agency that oversees the distribution of one billion euro in EU funding every year, who was sacked in October 2010 after she was found to have been lying about her pregnancy. A month after her firing, a local weekly reported that Ilieva had lied about her education and forged a German university diploma. At the same time, during her 14-month tenure, the Fund had not been the target of major media rows and had started catching up on the backlog of funding requests accumulated under her predecessors – some of whom had faced charges of corruption but were never convicted.)