Bulgaria’s Movement for Rights and Freedoms, the third-largest party in the current Parliament, on March 5 2013 declined – as it had said in advance that it would – a mandate offered by President Rossen Plevneliev to attempt to form a government.

With Boiko Borissov’s party GERB having declined a mandate on February 25 and Sergei Stanishev’s opposition Bulgarian Socialist Party having done the same on February 27, the constitutional steps have been  completed for Plevneliev, as head of state, to appoint a caretaker government. This also will mean that Parliament will be prorogued pending the holding of ahead-of-term elections on May 12.

Although Bulgarian-language media has been keeping itself busy with throwing out a range of names that reporters speculate will be prime minister and ministers in the caretaker government, Plevneliev has firmly declined to indulge in speculation or respond to any questions on the topic.

After Parliament approved its resignation, Borissov’s cabinet has continued in office pending the appointment of a caretaker administration, as the constitution specifies.

The official election period will be May 12 minus a month, with a “day of contemplation” on which no campaigning will be allowed, on May 11.

Borissov announced on February 19 that his government was to resign, saying, in response to violent incidents in Sofia during nationwide protests, that he did not want to preside over the country while there was blood on the streets, and saying that early elections should be held so that his party could seek a fresh “credit of confidence”. 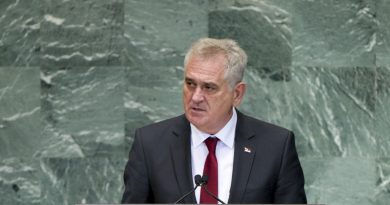 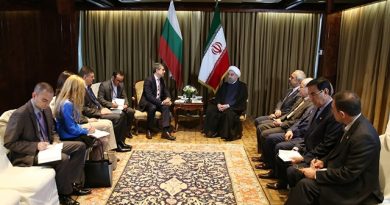