Even before its first meeting on March 1 2013, the “public council” called together by Bulgarian President Rossen Plevneliev with the intention of providing citizens’ input to the forthcoming caretaker cabinet drew criticism from various quarters.

The list of about 35 invitees announced by the President’s office on February 28 included some protest leaders, heads of business associations and trade unions, environmental conservation organisations, professional associations and NGOs.

The idea is that the “public council” will work with the caretaker cabinet, expected to be appointed around the second week of March, in shaping decisions and initiatives.

On the eve of the meeting, some protesters said that they were not represented by those chosen to be part of the council. Local media said that at a protest event in Sofia on February 28, when the list of names was read out, there were jeers and booing at most of them.

Lyudmila Manova, leader of the protests in the town of Blagoevgrad and one of those invited to the council meeting, expressed doubts about the list of those invited, saying that some towns were not represented.

According to a March 1 report by public broadcaster Bulgarian National Television, some protesters objected to the proposed rule that participants in the meeting each will have a three-minute speaking limit.

The list of invitees includes four names who were prominent in the 2012 campaign in Bulgaria against shale gas exploration and extraction: Mariana Hristova, Angel Slavchev, Yanko Andreev and Svetlin Tachev.

The shale gas protests had more than an ecological dimension because also at stake is the question of Bulgaria’s predominant energy dependence on gas from Russia. Critics of the anti-shale gas movement, leaving aside the environmental impact debate, said that the anti-campaign was serving the interests of Moscow by continuing Bulgaria’s dependence on Russia. Russia has taken a keen interest in Bulgaria’s energy choices, and one of the episodes in the prelude to the February 2013 political crisis in Bulgaria was the debacle of the nuclear energy referendum, which was in effect about Belene nuclear power station, the project scrapped by the now-resigned centre-right government and which the current majority party has voted down in Parliament.

Local media reports ahead of the meeting quoted some of the protest leaders who had been invited to the meeting as indicating that if their demands were not heeded, they would walk out of Plevneliev’s council.

Podkrepa labour federation leader Konstantin Trenchev, another invitee, further complicated matters by saying that participants in the council should be checked by the Dossier Commission to establish whether they had worked with Bulgaria’s communist-era State Security secret service. This would prevent any involvement of agents in this important process of change in the country, Trenchev said. (As it is, two of the business association leaders invited to the meeting were named in 2012 by the Dossier Commission as having worked for State Security).

Miroslav Naidenov, agriculture minister in Boiko Borissov’s outgoing government, said on March 1 that the “public council” should include representatives of the agricultural sector.

Commentators from polling agencies also told local media of their doubts. Alpha Research’s Genoveva Petrova of Alpha Research said that the board would make sense only if it was not just another hollow form of citizens’ participation in governance. 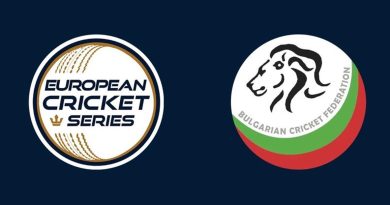