Bulgaria’s centre-right government, facing national parliamentary elections at the beginning of July 2013, has little time at its disposal to resolve the issue of electricity prices, an issue that has struck a chord with hard-pressed consumers and provided an easy opening for populist messages from opposition parties.

When Yuliana Ivanova was appointed on February 13 as the new head of Bulgaria’s energy and water regulatory commission, Prime Minister Boiko Borissov gave her a scant 20 days to come up with serious solutions.

That is a tall order given the current government’s own admission – or defence – that the grave problems in the energy market in Bulgaria date back at least a decade. Still, if ruling party GERB wants to become the first in Bulgaria’s post-communist history to win a second term in office, it will have to explain what it and the officials it has had in the administration have been doing for the past four.

High electricity bills after December sparked large-scale protests in 15 Bulgarian cities and towns, starting on February 10 and continuing, to a greater or lesser extent, in ensuing days.

The initial protests were organised on social networks and organisers insisted that they were not partisan political campaigns. But it has been natural for minority political parties, especially those that already had targeted foreign-owned power distribution companies, to get in on the act.

For parties such as ultra-nationalists Ataka and its ally VMRO, it has been an easy shot to portray the foreign owners of CEZ, Energo Pro and EVN as greedy exploiters who should be banished from the country. Xenophobia long has been Ataka’s stock-in-trade, along with various other forms of intolerance, and the call by Ataka leader Volen Siderov for the energy system to be re-nationalised makes it difficult to call his party’s policies as anything other than national socialist.

For the mainstream socialist party, the Bulgarian Socialist Party, which polls suggested could give GERB a run for its money on July 5, electricity prices make an ideal cost-of-living issue.

The socialists, whose messages in the so-far undeclared election campaign tend on rely on mass public amnesia about their own lacklustre performance in government from 2005 to 2009, even dragged in the Belene nuclear power station issue. Socialist leader Sergei Stanishev said that the high electricity price issue was an indictment of those who oppose the Belene project – an assertion that disregards the claim of the anti-Belene camp that building Belene has a price tag that may be described either as unclear or likely to dump a massively unaffordable burden on taxpayers for generations to come.

Belene aside, for the socialists the electricity price issue is an easy one to pin on the government. Bulgaria’s consumer price inflation quickened further in January because of higher spending on heating, electricity and transport. Prices went up by 4.4 per cent on an annual basis in January, after rising 4.2 per cent in December. On a monthly basis, the consumer price index edged up by 0.4 per cent in January, the same figure as the previous month.

Alternate currents
Among the key issues is that about how prices of electricity are decided.

Economy, Energy and Tourism Minister Delyan Dobrev, addressing Parliament and in comments to journalists amid the electricity price controversy, called for a new look at the system.

On February 14, it was reported that he State Energy and Water Regulatory Commission (SEWRC) had discussed a new ordinance on determining prices for electricity. All the electricity distribution companies said they would submit written recommendations, while at the same time, most of them criticised the lack of suggestions for changes to the method of deciding prices.

Amid the din, one fact that emerged was almost drowned out. That is that according to figures released by EU statistics office Eurostat, prices of electricity in Bulgaria are the lowest in the EU.

Of course, this may not resonate well with Bulgarians, who are quite likely to point out that their salaries are also the lowest in the EU.

At the same time, from the Eurostat figures it also emerged that Bulgaria’s economy is the most energy-intensive in the EU.

This latter point is one that reinforces the statement in recent days by President Rossen Plevneliev, one of the few with a calm and rational message about the energy issues amid the protest, emotion and politicking elsewhere. According to Plevneliev, the core of the solution will be energy efficiency and energy market liberalisation. Plevneliev’s point is sustainable, however much it will be swept away amid the cries of those who want foreign-owned energy companies run out of the country on a rail and the system nationalised. Technical debate on energy market liberalisation – an issue on which the government is vulnerable for having done too little and an issue that cost the previous head of SEWRC his job – is more difficult and complex than chanting “Mafia” outside government and energy company buildings.

But all of this is not to lack sympathy for ordinary people who turn out at the protests, holding out for the inspection of reporters monthly electricity bills that exceed their meagre pensions.

It quoted United Energy Traders chief executive Angel Bozhilov as saying, “We have not been working in Bulgaria since January 1 2013 because of a lack of competitiveness, enormous problems in its energy system and an almost complete lack of willingness to solve them,”

As quoted by Duma, Bozhilov said, “The reserves of the system are depleted and it is on the verge of collapse”.

The report quoted Ivanka Dilovska, chairperson of the Energy Management Institute, as saying that NEC was the monopoly “which we should focus our attention on”.

Dilovska cited the example of an electricity bill sent to a client in Sofia. The total bill was 177.31 leva. Of this, 69 leva was for actual electricity used, while the rest was made up of charges for network and other services. About half of this remaining sum went to the electricity system operator and the NEC. According to Dilovska, it was true that “we, as consumers, have no reason to complain about CEZ (the electricity distribution company in Sofia) because it supplies us with electricity at very low cost”.

Still, the electricity distribution companies may not be off the hook. The question of whether they have been keeping to their licence conditions has been raised in Parliament’s ad hoc committee investigating high-level corruption, while Bulgaria’s Prosecutor-General has confirmed that prosecutors have requested all contracts for the privatisation of electricity distribution operations and will check the implementation of these contracts.

Electricity distribution companies, meanwhile, have pledged to compensate consumers whose electricity bills are found to be in error and have said that in cases of pensioners and people with low incomes, arrangements can be made to pay off bills in instalments.

In the early stages of the protests, Dobrev, who accompanied officials on a technical inspection of whether electricity meters at a sample address in Sofia were working properly, has spoken of the need to convert to “smart meters” that would eliminate the human factor and would measure energy consumption at precise intervals.

As noted, for the government, the meter on this issue is running. Among the complexity of issues related to electricity in Bulgaria, just one is that a decision will have to be made about what tariffs will be as of July 1 2013. And that date comes just before July 5, the predicted date of the election.

July 2019 poll: Consumer confidence in Bulgaria up slightly in past three months 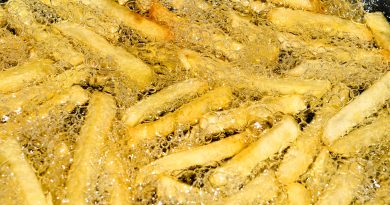 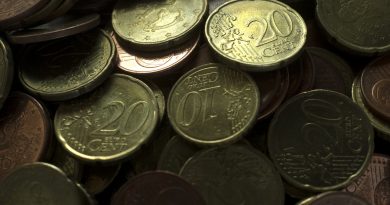