If Prime Minister Boiko Borissov’s recent statement about “liking” July 5 as the date for the 2013 national parliamentary elections may be read as an authoritative prediction, then that election is about five months away; but, either way, campaigning is already taking place, in an informal sort of way.

Going by trends in a number of recent opinion polls, Borissov’s centre-right ruling party GERB cannot afford to be complacent. Not that Borissov and GERB, which were elected into office in July 2009, have shed support to any remotely catastrophic extent, and nor that the opposition socialists have made significant gains. However, depending on the extent to which the polls could be believed, GERB is likely to find itself after the election up against some form of working alliance of parties that have a tradition of such associations, notably the socialists and the largely ethnic Turkish Movement for Rights and Freedoms.

Borissov, in a lengthy interview on the public broadcaster on February 1, dismissed suggestions that high-profile events such as last week’s shooting of convicted gang leader Zlatko “Baretata” Ivanov outside a Sofia court building cast doubt on his government’s performance against organised crime. He countered with a list of organised crime groups that had been broken up since his government came into power.

True to form for Borissov and a government that has made much of infrastructure development, the Prime Minister and members of the Cabinet were out and about over the weekend, leaving no ribbon spared.

On February 2, Borissov, accompanied by Health Minister Desislava Atanasova and Regional Development and Public Works Minister Lilyana Pavlova, were in Razgrad for a ceremony at the St Ivan Rilski hospital, marking the completion of a four million leva (about two million euro) modernisation of the hospital.

The following day found Borissov in Varna, opening the Bulgarian Black Sea city’s refurbished gymnastics arena, which has 200 000 leva of new equirpment, opening a new gastroenterology ward at the St Anna hospital and snipping the ribbon on a repaved Kavarna – Durankulak road on the international route north of Varna. 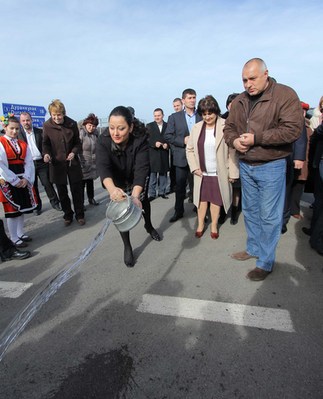 However, in a signal that Borissov’s own character and past will come into play strongly as opposition forces seek to unseat him in mid-2013, some Sunday afternoon excitement was generated by the posting on the website bivol.bg (no relation to Alex Bivol of The Sofia Globe) of documents purportedly showing that in 1996, Borissov – then the owner of a private security company – had been recruited as an agent-informer for the then-central office for combating organised crime. The implication was not that this was a noble accolade but that Borissov allegedly had regular encounters with people of interest to the anti-organised crime squad.

Borissov – who in earlier official checks has never been found to have collaborated with Bulgaria’s communist-era State Security secret service – supposedly, according to documents of which facsimiles were posted – had agreed to become “Agent Buddha”.

The source of these documents is not known and the site itself said that its system for allowing people to submit such documents to it did not enable it to identify them.

The story was picked up mainly by those few media hostile to Borissov and caused chatter on social networks, and on February 5 was vehemently denied by Borissov. Asked whether he had been an agent for the anti-organised crime office, he said that he had no knowledge of such a proposal (for recruitment) and described it as “nonsense”.

“Neither am I Agent Buddha, nor have I signed any paper,” Borissov said.

He said that there was nothing wrong with helping the Interior Ministry and he had always done so (Borissov, a former bodyguard, achieved particular national prominence in the years a decade ago when he was chief secretary of the Interior Ministry) and suggested that political opponents were behind the emergence of the document now. Yane Yanev, a minority party leader, had asked him about the “Agent Buddha” nickname two years ago, he said, but Borissov hinted that others and not Yanev were behind the material posted online now.

He said that the post was intended by someone “to gain something, even if it is positive, to look bad”.

Meanwhile, the January 27 referendum on nuclear energy, which was largely a costly flop (a yes vote, but with a turnout officially said to be justly barely above 20 per cent, meaning that the question must trudge back to Parliament where no doubt a culling by the ruling party awaits it) has not discouraged others from urging the holding of further referendums.

Yanev, his party and their allies will from March 3 begin gathering signatures calling for a referendum on reducing the number of seats in Bulgaria’s unicameral Parliament, the National Assembly, from 240 to 100. He said that the referendum could be held at the same time as European Parliament elections in 2014 which, Yanev said, would mean that there would be no extra cost.

GORD, a party recently founded by Slavi Binev, the nightclub owner formerly a failed Sofia mayoral candidate for ultra-nationalists Ataka, also wants a referendum, on reviewing all concession agreements that had harmed Bulgaria.

Former European Commissioner Meglena Kouneva, whose Bulgaria for Citizens party is said by pollsters to be set for about a dozen seats in the next Parliament, launched her party’s platform on February 3, which – yes, you guessed it – envisages a referendum, on convening a Grand National Assembly to consider changes to Bulgaria’s constitution.

Kouneva said that over the years, many politicians and political parties had said that the constitution rendered judicial reform impossible. She said that the EU constitution was updated regularly “and there is nothing surprising that in 2013 we want to make changes”.

The platform also includes reducing the number of MPs and removing deputy ministers as unnecessary. On budget issues, Kouneva said, her party would not support any budget where the allocation for education was less than 4.5 per cent of GDP.

(Main photo: Council of the EU) 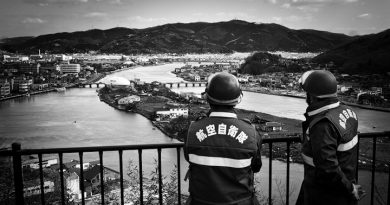