Bulgarian media group Payner said that it decided to forego the request for European Union funding for its expansion project, according to reports in Bulgarian media.

Payner is best known for its dominance of Bulgaria’s chalga pop-folk music market and is by anyone’s measure a commercial success story. The company is easily Bulgaria’s largest domestic record label and operates several chalga music channels, in addition to organising numerous concerts every year.

The company wants to buy new recording equipment, worth 3.2 million leva, and was set to receive more than two million leva worth of EU funding under the operational programme aimed at boosting competitiveness, as well as 290 000 leva in government co-financing.

Payner said in a filing to the government agency handling the allocation of funds under the operational programme for competitiveness that it no longer wished to receive the EU money, daily Sega reported on January 30, quoting the office of EU Funds Minister Tomislav Donchev.

The company still planned to buy the equipment, but using EU money would draw out the process: “It would take significant time, which the company does not have if it is to meet its corporate targets,” Payner’s letter reportedly said.

The project was approved to receive European funding in September 2011 and was graded based on “economic, not aesthetic criteria”, Economy Minister Delyan Dobrev said after the story broke earlier in January.

The announcement that Payner stood to receive such a large amount of EU money caused outrage in other creative industries and in the social media, where many users railed at the prospect of EU development funds going to the music of a sub-culture best known for its scantily-clad performers and cosmetic-surgery-enhanced stars – although, as Payner owner Mitko Dimitrov hastily hurried to point out, the money would not be used “for silicone implants”.

At European level, the European Commission was reported to have called on Bulgaria to investigate the allocation of the funds to Payner, although the veracity of these reports later came into doubt. 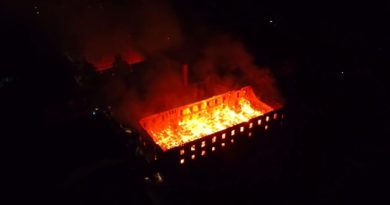