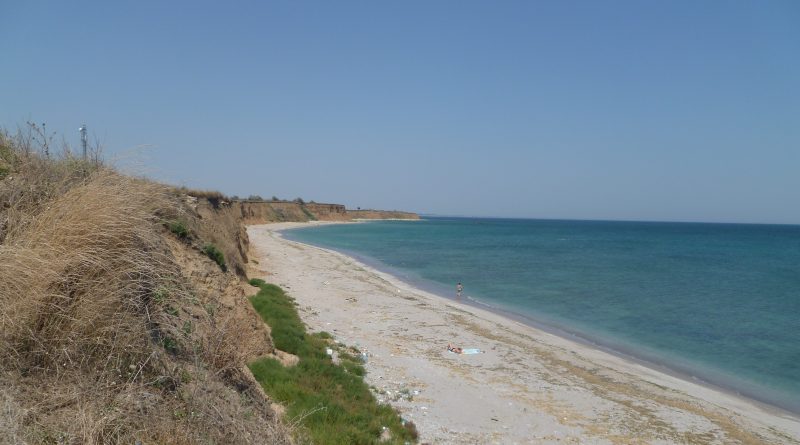 An estimated more than 2000 people joined in a January 17 2013 protest in Sofia against construction along Bulgaria’s Black Sea coast, the second such protest in a few days, as debate intensified on possible changes to legislation regarding the coast.

This is largely a sequel to three recent controversies about attempted or actual construction in three places on the country’s Black Sea coast – Irakli, Nessebur and Coral.

Public Works and Regional Development Minister Lilyana Pavlova wants a complete ban on construction in dune areas while there is pressure from other quarters to go further, for example from conservation groups that want a full ban on construction in 10 seaside areas, while the main opposition party has called for the creation of a new and extensive Black Sea nature park.

Proposal for amendments to the law on Bulgaria’s Black Sea coast should be specified by January 22, public broadcaster Bulgarian National Television reported from Parliament on January 17.

At a meeting attended by representatives of conservation groups, Pavlova said that “I see that we are all united” on not allowing construction in non-urban areas immediately next to the shoreline on Bulgaria’s coast, but she said that there were urban areas along the Black Sea where detailed plans had been approved and construction permits issued, including for places that included dunes. For this reason, she wanted a complete ban on construction on dunes to apply to all areas.

The protest in Sofia and other cities and towns in Bulgaria on January 17 was to back a campaign for a Black Sea national park and to prevent any building in Irakli, Karadere, the Kamchiya – Shkorpilovtsi stretch, Durankoulak Lake area, St Ana, Shabla, Coral, Arkutino, Dyuni and Maslen, between the Perla beach and the Ropotamo reserve.

The places listed have been the focus of concern and frequent campaigns by conservationists in Bulgaria, who generally have found backing from others worried about the fate of those places along the Black Sea largely left unspoilt by the large-scale concrete projects of recent years.

Mindful of public pressure and perhaps also mindful of 2013 being an election year, the government has responded swiftly to complaints by conservationists, notably in the recent Nessebur and Irakli cases.

However, this has its perils. In the case of Irakli, government authorities ordered a halt to construction of a project that had exceeded its approved bounds and said that it was fining the developer 20 000 leva (about 10 000 euro). But a group of Irakli landowners, residents of the area, told journalists that they would sue the state for violating their rights and costing them potential income, while at the same time they were fed up with people who came for a few short months in summer and just wanted to be able to camp on the beach for free.

The protests on conservation issues in Bulgaria are not without their political overtones. The January 17 protest, which drew a larger crowd than one directed against construction at Irakli a few days earlier, featured chants of anti-government slogans along with “greener” sentiments.

In Parliament itself, the opposition Bulgarian Socialist Party said that it was starting talks with other parties to table a motion calling for the establishment of an ad hoc committee on a moratorium on development on 10 Black Sea beaches.

The government recently has faced more than one “conservation vs development” issue, the other major contest being over the future of Bulgaria’s popular winter resort of Bansko.

Residents, business groups and municipal politicians in Bansko have campaigned for allowing Bansko to develop a second ski lift and other facilities, meaning amendments to the Pirin national park plan, and have won stated support from a number of senior government figures, not least Prime Minister Boiko Borissov himself.

After the series of protests by those who want development, this past week saw a counter-protest by conservationists.

On January 17, the For the Nature coalition of conservation groups said that a decision the previous day by the Supreme Administrative Court had legitimized the illegal expansion of the Bansko ski area into the Pirin National Park.

“This actually greenlights all projects for ski lifts and ski runs in the national parks, which is in glaring conflict with the philosophy of national park management,” the coalition said, according to news agency BTA.

On January 16, a three-judge panel of the Supreme Administrative Court dismissed an appeal by the Association of Parks in Bulgaria against a 2010 decision by the Ministry of Environment and Water approving the construction of a new quad chairlift in the Pirin National Park. The coalition said that that in this way the Ulen company had exceeded the 99 ha for which it was awarded a concession to the entire 1500 ha allotted for a ski area under the spatial-development plan.