NRA said that it reached the estimate based on the tax declarations of real estate consultancy firms, a survey of the market, data from industry bodies and non-governmental organisations.

As the property market crashed with the onset of the global financial crisis, real estate brokers started declaring an even lower share of their revenues, NRA risk management analyst Katya Tsvetanova was quoted as saying. From 38 per cent undeclared revenues during the property boom years, this ratio increased to 59 per cent in 2010 and was expected to be at about 48 per cent in 2012.

The number of real estate intermediaries who declared their revenues in full remained unchanged over the years, with about four in five brokerage firms declaring only part of their revenue, according to NRA’s data.

At the same time, the number of illegal brokers, who do not register their operations under the Commerce Act, has increased from 800 in 2007 to about 1100 this year, peaking in 2010 at about 1200, when one in three property intermediaries operating in Bulgaria were unregistered, the report said.

According to NRA’s data, the largest number of illegal brokerages was in Sofia, by far the largest property market in the country, followed by Varna, Plovdiv, Bourgas and Veliko Turnovo.

Bulgaria’s property and construction boom in the middle of last decade made real estate brokerage a lucrative business, with commissions largely unaffected even as buyers and sellers often agreed to declare lower sale prices in order to pay lower taxes on the property transactions. 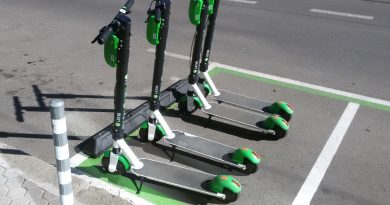