Veneta Markovska, appointed to Bulgaria’s Constitutional Court under a cloud of allegations of conflict of interest and corruption, resigned her current job as deputy chairperson of the Supreme Administrative Court (SAC) on November 14.

The resignation could be either a sign she intended to take the Constitutional Court job despite continued calls for her to withdraw, or the first step towards resolution of the row – in recent days, legal experts said that the best avenue was for Markovska to take the oath and then immediately resign. Bulgaria has no procedure in place for a Constitutional Court appointee to resign before taking the office.

Any Constitutional Court judge has to quit any other position they hold before taking the oath and Markovska’s delay in submitting her resignation from the SAC has been interpreted as a sign of her keeping retreat options open. Should she take the option of taking the oath and then resigning as Constitutional Court judge, she would have to be re-appointed by the Supreme Judicial Council (SJC), although that could easily give rise to an entirely new debate whether she was fit to hold any top position in the judiciary.

Markovska has asked before for a delay in taking her oath in order to clear her name.

Reports in Bulgarian media have alleged that Markovska has exercised pressure to have two police officers fired for arresting a business partner of her son in 2010 (the police officers were later re-instated). As a judge in the SAC, she is also alleged to have heard cases in which one of the sides was represented by a lawyer who is a close family friend and with whom she jointly owns property.

Throughout the saga, Markovska has repeatedly had to walk back her statements, to the extent that Prime Minister Borissov, who has twice asked Markovska to step down in order to settle the issue for good, said on November 14 that “she has offered several different explanations that have confused all of us.”

Borissov said that it was her own decision whether to step down – his ruling party GERB voted in favour of her appointment in Parliament, but did not nominate her – and said that he stood by his earlier statements asking her not to take the oath. Even if she did become a Constitutional Court judge, she would forever be tainted by the row, he said. 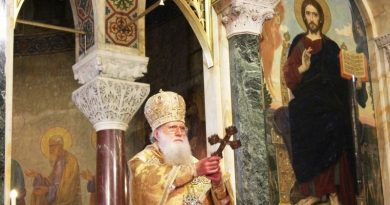