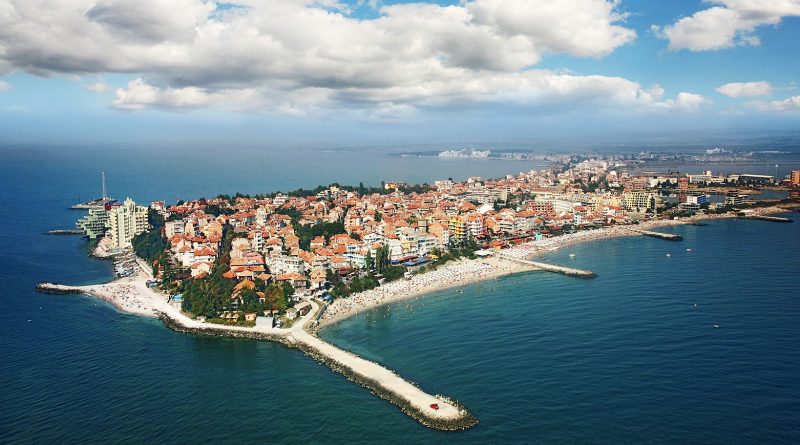 The Black Sea town of Pomorie was among places in Bulgaria mopping up after heavy rains inundated several streets, but on October 30 weather warnings in cities and towns in the eastern part of the country were downgraded from orange to yellow.

The Code Yellow potentially hazardous weather warning applies to Bulgaria’s Black Sea cities of Bourgas and Varna, and to the towns of Dobrich, Haskovo and Yambol.

On October 30, firefighters said that they had been received 35 reports of flooded streets and basements in Bourgas. The previous day, more than 10 streets in the Black Sea city were closed because of flooding.

Overnight into October 30, the heaviest rain was recorded in the towns of Karnobat, Razgrad and Knezha.

The Interior Ministry said on October 30 that in the past 24 hours it had responded to 108 requests for rescue and assistance because of heavy rains. Of these, most were in Sofia, Bourgas, Blagoevgrad, Kurdjali and Smolyan, respectively.

Pomorie was hit by flooding on October 29 but today the situation was beginning to normalise, the municipality said. On Monday, streets in Pomorie were inundated as the sewerage system failed to cope with the impact of torrential rain and blocked manholes. Local authorities said that problems on October 29 in Pomorie were compounded by the town being hit by rainfall equivalent to the amount it gets in half a year, while the sewerage system has not been renovated for 30 years.

Crisis staff were in constant contact with mayors in the area. Staff were remaining on duty to respond to requests for help. However, there were no problems with electricity supply or drinking water, the municipality said.

Nedelino, a town in southernBulgariain the Smolyan area, passed the night safely after declaring a state of emergency on October 29, mayor Stoyan Beshirov said. Machines were clearing the way to four villages to which road access had been blocked by landslides on October 29. The town’s streets were still cluttered with debris resulting from the bad weather and emergency teams were working to strengthen a high voltage electricity pylon, local media said. Power supply to five places in the Nedelino area was disrupted on Monday.

The weather forecast for October 30 was that Bulgaria would see rain easing off and cloud cover decreasing. A north-west wind was bringing lower temperatures, especially in the mountains where the weather would get significantly colder, with the possibility of snow at altitudes of more than 2000m and below-zero temperatures in the mountains.

According to local media reports on October 30, about two to three cm of snow fell on Shipka Street and a tiny scattering of snowflakes was seen in the very early hours of the morning in Sofia.