The European Parliament has awarded its prestigious Sakharov Prize for human rights and freedom of thought to two Iranian dissidents.

Schulz said the award is a message of “solidarity and recognition to a woman and a man who have not been bowed by fear and intimidation.”

He said he hopes the two will be able to come to Strasbourg in December to receive their award, and he urged Iranian authorities to make that possible.

Sotoudeh was arrested in 2010 for spreading propaganda and for behavior deemed “detrimental to national security.” She is serving a six-year jail sentence and is banned from practicing law for 10 years.

Panahi, a winner of international awards for his films, supports Iran’s opposition movement. He is under house arrest and has been banned from making movies or traveling abroad.

Three members of the band were convicted in August on charges of “hooliganism motivated by religious hatred,” after bursting into an Orthodox cathedral to stage protest songs against Russian Prime Minister Vladimir Putin. Two were sentenced to two-year prison terms.

The trio has argued their impromptu performance was political in nature and not an attack on religion.

The Sakharov prize is named for the late Soviet nuclear scientist and dissident Andrei Sakharov. 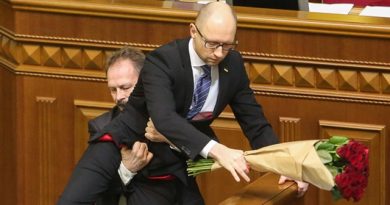