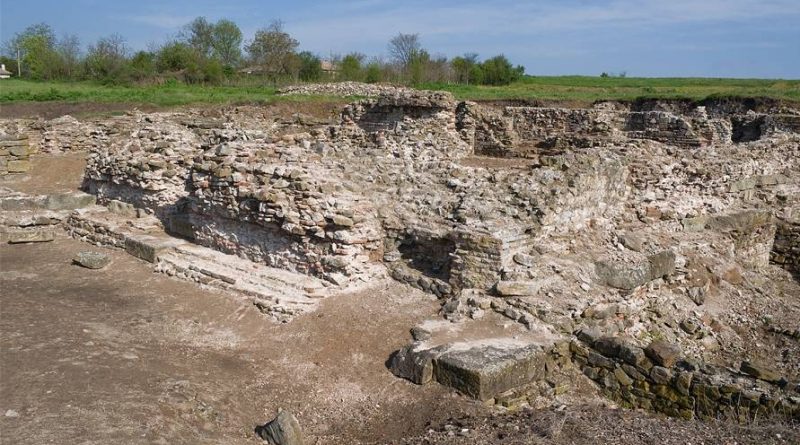 Archaeologists working at the site of the Roman baths in Deultum, an ancient settlement about 17km south-west of Bourgas on Bulgaria’s Black Sea coast, have found a ceramic lamp in the shape of a dog, a find described as one of kind not seen before in Europe.

Deultum was founded in the first century CE as a Roman colony. It grew over the subsequent three centuries and from the second century was protected by large fortified walls. The baths are said to date from the first century and archaeologists believe they were renovated some time in the third century.

The site of Deultum, known in early medieval times as Develt, is today’s village of Debelt.

The dog-shaped ancient lamp was found in the baths part of the site, at a spot believed to date from the middle of the third century. The object is almost intact and will be restored.

Local media said that the director of the Sredets historical museum, Krasi Kostova, had checked with colleagues elsewhere in Europe and established that no similar find had been made, but the discovery elicited excitement because the dog depicted is believed to be a North African breed depicted in Egyptian papyri as a cult object, later associated with Artemis, ancient Greek goddess of the hunt.

Covid-19 Delta variant in Bulgaria: Health officials step up calls to get vaccinated