Bulgarian politicians across the political spectrum seldom agree about anything – but Russian president Vladimir Putin has inspired a rare unity among them. Against him.

In the past two days, Bulgarians even have seen the rare spectacle of Putin being criticised by otherwise pro-Russian political forces such as the Bulgarian Socialist Party and Ataka leader Volen Siderov. Even Bulgarian President Roumen Radev, who on his election last year was described in many media reports as “pro-Russian” has joined in.

It was Putin’s statement during a meeting in Moscow with his counterpart from Skopje Gjorge Ivanov in Moscow that was the red rag to the Bulgarian bull.

The meeting took place on May 24, marked in Bulgaria, the Republic of Macedonia and Russia as the Day of Saints Cyril and Methodius, originators of the script that evolved into Cyrillic.

Putin told Ivanov, as recorded on the Kremlin website, that the day was a solemn one, the day of Slavonic writing and “this writing came to us from the Macedonian lands”.

For Bulgaria, which has complex relations with its neighbouring former Yugoslav republic, Skopje’s claims regarding history are a frequent irritant. Between official Sofia and Skopje, this has been frequently discussed, and in the two countries’ respective media, there have been frequent flare-ups on the matter over many years.

Bulgaria too has complex relations with Russia, dating from the time of generally positive sentiments about Russia’s role in liberation from Ottoman rule, to considerably less positive memories about the decades that Bulgaria was in thrall to the Soviet Union. In the recent decades of an official pro-Western policy in Sofia by most governments, the Russia question has been a divisive one.

But a Russian leader giving credit to Macedonian lands about something that Bulgarians are taught to hold dear from their earliest childhood made those divisions largely evaporate, though it is not likely the effect will last. 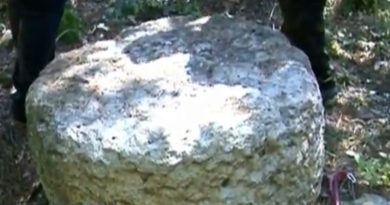 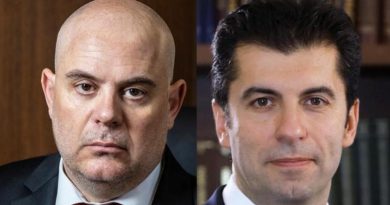