Ales Bialiatski, Pussy Riot and Nasrin Sotoudeh and Jafar Panahi are the three finalists shortlisted for the 2012 Sakharov Prize for Freedom of Thought in a European Parliament foreign affairs committee and development committee vote on October 9 2012. The laureate will be announced on October 26 following a decision by the European Parliament Conference of Presidents.

The winner will receive 50 000 euro and be invited to attend the award ceremony on December 12 in Strasbourg.

The three finalists were chosen from five nominations made by political groups or groups of more than 40 MEPs. They are presented here in alphabetical order, in a statement by the European Parliament.

Ales Bialiatski is a freedom fighter and human rights defender currently imprisoned by the Belarusian regime. Bialiatski has been lifelong civil society activist fighting for freedom of thought and expression in Belarus.

“I think this candidate is very close to the message of Sakharov himself; which was to recognise people who dedicate their lives to fighting for others, forgetting the price that they themselves pay, which may even include the price of life itself”, said Jacek Saryusz-Wolski (EPP, PL).

Nominated by MEP Jacek Saryusz-Wolski and 82 other MEPs.

The acts of protest and the arrest of three young women, Nadezhda Andreyevna Tolokonnikova, Yekaterina Samutsevich and Maria Alyokhina, and their subsequent sentencing to two years in a labour camp, have done even more than murders of journalists and repressive new laws.to focus the world’s attention on the unscrupulous restriction of civil rights and the absence of the rule of law in Russia.

“Andrei Sakharov himself would be extremely pleased to see the recognition of these creative and courageous young women [–] who have articulated protest against an autocratic regime and patriarchal state power that they managed to embarrass”, said Werner Schulz (Greens/EFA, DE).

Nominated by MEP Werner Schulz and 45 other MEPs.

Nasrin Sotoudeh is an imprisoned Iranian lawyer who has represented imprisoned Iranian opposition activists following the disputed June 2009 presidential elections. “It is high time that Sakharov prize went to Iranians. Sotoudeh is an excellent candidate; a human rights lawyer who has defended juveniles, women and prisoners of concience, but is now in prison herself”, said Marietje Schaake (ALDE, NL).

Jafar Panahi is an Iranian film director who won the Caméra d’Or at the 1995 Cannes Film Festival. His films are known for their humanist perspective on life in Iran, often focusing on the hardships of children, the impoverished and women. “His films bear witness to day-to-day reality in Iran; for us he embodies the fight against official repression and fight for freedom ad human rights”, said Véronique de Keyser (S&D, BE). 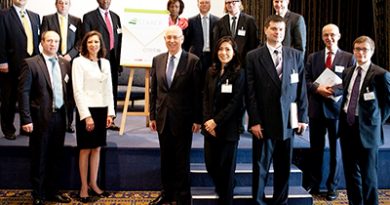