Dublin-based oil and gas exploration firm Petroceltic International said on October 4 that its proposed merger with Melrose Resources has been given regulatory approval by Bulgaria’s competition watchdog.

“Petroceltic and Melrose are pleased to announce that on October 3 2012 the Bulgarian Commission on Protection of Competition approved the merger without conditions and all regulatory conditions of the merger have now been satisfied or waived,” the company said in statement.

The Bulgarian regulator is yet to announce the decision on its website.

The two companies agreed the merger in August. Under the terms of the deal, Melrose shareholders will receive 17.6 new Petroceltic shares for every Melrose share, giving them a total 46 per cent in the company.

Petroceltic said it expected shares in the enlarged company to be re-admitted for trade on the London and Ireland stock exchanges, where the two companies are listed, on October 11. This is the final regulatory obstacle in the way of the merger.

Melrose Resources holds three production licenses on the Bulgarian Black Sea shelf, in the Galata block (but lost a bid for the Khan Asparoukh block this summer to a consortium led by France’s Total), as well as partial or full ownership of licenses in Romania, Egypt and Turkey.

Petroceltic describes its geographical focus as Middle East-North Africa and the Mediterranean basin, and currently has operations in Algeria and Italy. 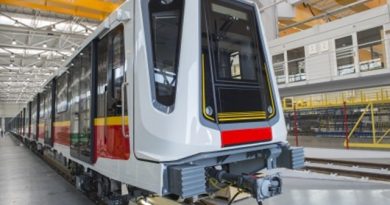 Romania exports up, imports down over the three quarters of 2013