The Constitutional Court has upheld a January 2012 application by opposition parties the Bulgarian Socialist Party and Movement for Rights and Freedoms to overturn an act of Parliament barring former communist-era State Security agents and collaborators from holding top management positions at state news agency BTA.

Parliament had approved an amendment to the Radio and Television Act saying that the BTA director-general must be a Bulgarian citizen who had not collaborated with Bulgaria’s communist-era State Security or intelligence services of the Bulgarian People’s Army. The law put similar restrictions on other top posts at the agency.

Four members of the Constitutional Court dissented from the ruling overturning the law.

The challenge to the law was mounted by 56 members of Bulgaria’s 240-member Parliament. The group signed a petition to the court saying that the law was constitutionally unacceptable and discriminatory.

In the majority ruling, the court said that the negative assessment in the public domain of the activities of the secret police of a totalitarian state should not affect the exercise of the constitutional rights of citizens in a modern democratic society.

The director-general of BTA is appointed and dismissed by the National Assembly,Bulgaria’s unicameral Parliament.

The court said that it was not acceptable that the BTA director-general’s appointment be subject to any criteria other than vocational training, skills and experience.

A ban on the basis of State Security involvement was a disproportionate restriction in terms of European human rights conventions, the court said.

TheConstitutional Courtsaid that the European Court of Human Rights inStrasbourghad said that lustration was in order when the state of society requires the creation of mechanisms to protect the democratic order, and at the same time such lustration provisions may be justified only if they are proportionate to the objectives pursued.

TheStrasbourgcourt had said that in post-communist countries, restricting some human rights through lustration was acceptable during the transition from a totalitarian to a democratic system, as there were serious risks during that transition period.

The court said that those who had collaborated with State Security had been carrying out a legally regulated activity and its general immorality could be implied only if at the time it had been declared unconstitutional.

The four judges who signed the dissenting opinion said that the act of Parliament that created Bulgaria’s Dossier Commission – the body empowered to investigate and disclose the identities of people who worked with State Security – was intended not only to provide public access to information about the past of individuals but also so that informed judgments could be made about people’s suitability to continue to hold or to be appointed to certain posts.

The dissenting judges said that this raised the issue of the ambiguous social status of people who had collaborated with the secret structures of repression, who had had another secret position that was not public by in law had received a negative moral and political judgment. Placing restrictions on such people was not discriminatory because the principle of equality before the law meant equal treatment of like cases and different treatment of different cases, which in turn meant taking into account differences among people, first their merits and, vice versa, their actions that had negative consequences, the dissenting members of the panel said. 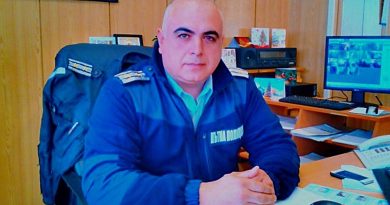