Europe News
September 21, 2012May 22, 2013 The Sofia Globe staff
The Czech Republic announced on September 20 2012 that it was putting an immediate ban on the export of all liquor with 20 per cent and higher ethyl alcohol content, making the move to stave off European Union intervention in the bootleg booze crisis that has led to 23 deaths.
At the same time, the Czech government said that within a week, cabinet ministers will prepare measures that will permit the distribution of spirits from new production and the release of liquor stocks that have been banned from sales.
Following a meeting on September 19, members of the Czech cabinet agreed that the conditions now allowed easing the ban that prohibits selling and serving liquors with 20 per cent and higher ethyl alcohol content, according to a press advisory on the Czech government website.
“The Cabinet recommends to the minister of health and minister of agriculture to draft within the next week measures that will allow the production and distribution of spirits to be restored, and charges the minister of health, the minister of agriculture, the minister of industry and trade, and the minister of finance with proposing measures allowing the sale of stocks affected by the current ban,” the cabinet resolution said.
“We want both measures to take effect on the same day,” Czech prime minister Petr Nečas said, adding that his cabinet also requested the finance minister to team up with the minister of interior, the minister of agriculture, the minister of industry and trade, and the minister of health in preparing an analysis of actions taken against the illegal alcohol market by the public administration, particularly by the Financial and Customs Administration, the Czech Agriculture and Food Inspection Authority, the Czech Trade Inspection, public health authorities, and the Czech Police. The analysis is to be presented for a debate by the end of October.
The cabinet also approved the appearance of new excise duty labels that will designate bottles containing safe alcohol. The new labels will feature a new design designating spirits in consumer packagings with ethyl alcohol content of 20 per cent and higher. The previous design of excise duty labels will continue to be used to designate spirits in consumer packagings with below 20 per cent alcohol content. The design of the new labels will allow consumers to recognise them instantly from the previous ones, the Czech government said.
The Prague Post reported on September 20 that Czech finance minister Miroslav Kalousek had signed a decree on the basis of which the State Securities Printing Company will start producing new alcohol stamps. The decree is to take effect on September 26. On the same day, the health ministry is to moderate the current extraordinary nationwide ban on the sale of drinks with more than 20 per cent of alcohol. “Prohibition” has been in force since September 14.
Announcing the export ban on September 20, Nečas said that “the government came to the conclusion that it will be more favourable for the Czech Republic to have the imposition and later the lifting of the ban in its own hands”.
Poland and Slovakia earlier announced that they were banning the sale of Czech hard liquor because of the methanol poisoning cases.
(Photo of  Czech prime minister Petr Nečas: government of the Czech Republic) 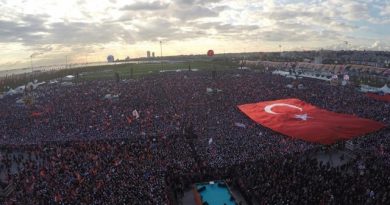