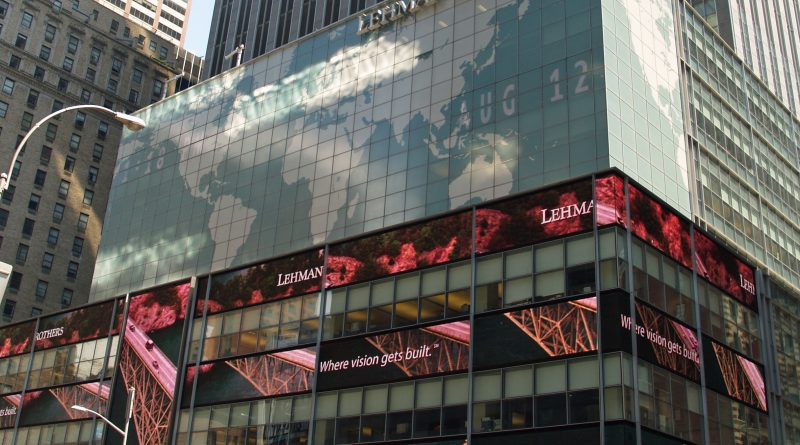 Business Perspectives
September 12, 2012 Jim Randle of VOANews
Four years ago, the collapse of Lehman Brothers, a huge financial firm, marked the start of the worst recession in decades.  Frightened investors dumped stocks, banks stopped lending, the economy shrank, and millions of people lost jobs, homes, and savings.  The crisis prompted financial firms and regulators to make changes intended to prevent another financial disaster.  But some experts say it could happen again.
Since the crisis, committees investigated what went wrong, regulators demanded that banks take less risk, and Congress passed new laws.  Many of the regulations that spell out the practical details of these laws are still being written, amid intense lobbying by financial firms and other interests.
Prosecutions for alleged fraud have frustrated one key investigator who says they have mostly targeted low-ranking people.  Bart Dzivi, was Special Counsel to the Financial Crisis Inquiry Commission. “They have not really focused on trying to round up the senior officers at the major institutions who may have had criminal culpability,” he said.
Dzivi says the investigations have been under-funded and inadequately staffed.
Author John Taft says it will take more than prosecutions and new laws to clean up the financial industry.  He is CEO of RBC Wealth Management and wrote a book titled Stewardship which examines the lessons from the crisis.
Taft says Wall Street lost its way when firms stopped focusing on clients and pushed purely for profit. “That’s when we got in trouble.  The culture of Wall Street was broken going into the financial crisis and it has not yet been fixed,” he said.
Author and college professor Craig Columbus says Wall Street is still plagued by over-confidence and arrogance. “That’s an element of hubris, that there is this notion that there are no limits, there are no boundaries to human imagination and capabilities, and I think that is clearly wrong,” he said.In his book God & Man On Wall Street, Columbus says the public still distrusts the financial industry even though stock prices have rebounded from severe losses.
Investors dumped stocks out of fear that more huge financial firms might go bankrupt, including some that were so large that their failure could damage the economy.
Boston University finance teacher Mark Williams wrote Uncontrolled Risk, and is still worried about the impact of faltering financial giants. “We are worse off then we were.  From the standpoint that we have concentration risk.  The big banks are just getting bigger,” he said.
Larry McDonald is co-author of the best-selling book Colossal Failure of Common Sense.  He says it is time to strengthen regulatory agencies and staff them with courageous people who can match wits with the sophisticated leaders of top financial firms. “You need a risk-taker to manage some of these decisions, because risk-takers know how to manage risk-takers,” he said.
McDonald says four years after the Lehman crash, the risks to the economy are “higher than ever.”
Source: VOANews.com
(Photo: David Shankbone)