Creditors of Bulgaria’s former state fixed-line monopoly Bulgarian Telecommunications Company (BTC) and a group of prospective investors in the company have reached an agreement on the terms of the company’s sale and restructuring, BTC said in a statement to the Bulgarian Stock Exchange.

In case all preliminary terms of the sale and restructuring are observed, the deal is expected to be finalised in September, the statement said.

A consortium between Bulgarian lender Corporate Commercial Bank and VTB Capital, the investment arm of Russia’s Vneshtorgbank, were picked by creditors to take control of BTC earlier this summer.

The majority of BTC’s debt, estimated at about 1.65 billion euro, has been contracted as part of its acquisition by AIG from Icelandic tycoon Thor Bjorgolfsson in 2007. Bjorgolfsson, along with Turkish operator Turkcell, were the other two bidders in the process.

Although Turkcell offered the highest cash amount, it also insisted that a significant proportion of the funds (ranging between 100 million euro and 200 million euro, according to reports in Bulgarian media in May) remain in an escrow account until the lawsuits filed by the Bulgarian state (for alleged privatisation contract breaches) are settled.

The creditor banks, which include holders of senior and subordinated debt, as well as mezzanine lenders, agreed to sell an unspecified majority stake in BTC for 130 million euro, while the telecom’s debt would be reduced to 588 million euro, meaning that creditors would write off 64 per cent of BTC’s existing debt, Bulgarian weekly Kapital reported.

The new ownership has already said that it would seek to exit the investment in the next three to five years, Kapital reported.

BTC, which operates under the Vivacom brand, went through three ownership changes after its privatisation in 2004, with each subsequent sale resulting in more debt as the new owners piled the acquision debt onto the company itself. 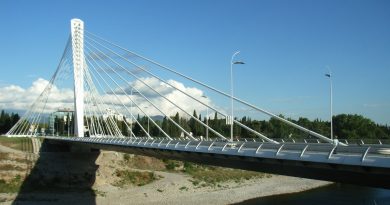