Bulgaria has successfully sold five-year bonds worth 950 million euro on July 2, at an interest rate of below five per cent, as targeted by the Finance Ministry, media reports said.

Bulgaria’s Finance Ministry said that the issue, maturing on July 9 2017, would carry an annual coupon of 4.25 per cent.

In a statement, the ministry said that the issue drew a very diverse base of investors, with UK-based entities buying a quarter of the bonds, followed by German investors (17 per cent) and Austrian ones (13 per cent). Investment banks snapped 43 per cent of the bonds, with banks accounting for 19 per cent, while insurance and pension funds took up 14 per cent of the total.

Bulgaria appeared to time its first foray on the international markets since 2002 well, taking advantage of the window of optimism opening after last week’s European Council, at which agreed to recapitalise ailing banks, but also strong domestic data that showed the Budget with a surplus of 67.4 million leva for the first five months of the year.

“The successful placement of this euro-denominated issue under such particularly unstable market conditions in the euro zone is proof of the strong credit position and strong interest of the international markets in Bulgaria,” the ministry’s statement said.

The ministry moved fast, having secured Parliament’s approval for the new issue in June, after picking BNP Paribas, HSBC and Raiffeisen Bank to manage the issue.

The proceeds will be used to repay debt due in January 2013, issued in 2002 and 2003 by the Simeon Saxe-Coburg cabinet to swop for US dollar-denominated Brady bonds. (The subsequent devaluation of the US dollar versus the euro cost Bulgarian taxpayers about a billion leva, an inquest by the Finance Ministry found in 2011.) 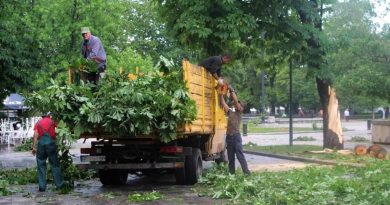