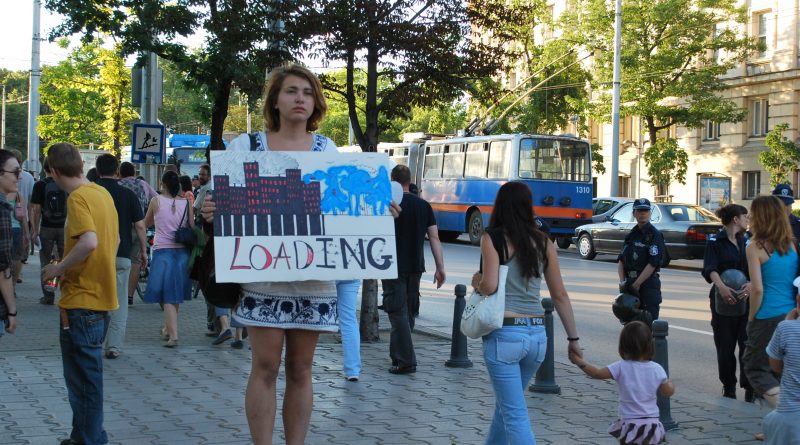 Two protest rallies, for and against the recently-vetoed amendments to the Forestry Act, have been scheduled in Sofia on June 20.

At noon, supporters of the amendments are scheduled to congregate in front of Parliament and then march a short distance on Tsar Osvoboditel boulevard to the Cabinet’s building. It is the latest in a series of protests supporting the law, which began after President Rossen Plevneliev vetoed the amendments on June 16, but the first one to be held in Sofia.

Previous rallies were held in the foothills of Rila mountains, where hundreds of people temporarily blocked traffic on the E-79 highway that links Sofia to the border with Greece on June 18 and 19. Participants said that they were opposed to the “environmentalist racketeering” and feared the loss of jobs if investment projects in ski resorts were abandoned.

Public perception of such protests, however, was undermined by numerous media reports that the rallies were instigated by the Government – the first rally was organised only after Agriculture Minister Miroslav Naidenov berated municipalities for failing to defend the amendments. That first rally, on June 18, also was led by an MP from ruling party GERB.

Media reports claimed that at least some of the participants from the state forests administration were being verbally asked to participate in the protests, facing the prospect of losing their jobs if they declined.

The protest on June 20 is being organised by the Nature for People association, whose chairperson Filip Tsanov is a consultant for Vitosha Ski resort operator. The company kick-started the amendments by refusing to operate the ski lifts and runs on Vitosha Mountain this past winter, saying the existing law did not allow it to make the necessary improvements to the infrastructure.

Vitosha Ski and Ulen, the company that manages the ski runs in Bansko, are both believed to be controlled through a web of off-shore companies by Tseko Minev, president of the Bulgarian Ski Federation and one of the main shareholders in First Investment Bank.

In the evening, at 7pm, opponents of the amendments are scheduled to march from the National Palace of Culture (NDK) to Sveta Nedelya square, the Presidency and Parliament. Participants have been asked to bring their winter sports equipment, the intention being to show that skiers and snowboarders also oppose the changes – in direct contradiction to the point made by Prime Minister Boiko Borissov last week.

Thousands of opponents of the amendments have been gathering at Sofia’s Orlov Most intersection most evenings since June 13, chanting slogans and disrupting traffic. After three days of protests, the Cabinet invited conservationist groups to meet and discuss the amendments. A day later, Plevneliev vetoed the law, the only way to prevent it from entering into force.

So far, the Government has acceded to several demands, agreeing to remove the provisions that would allow unregulated logging of certain categories of forests, but has refused to withdraw the most controversial provision, namely allowing the construction of “sports facilities and infrastructure” on state-owned forests.

Previously, for any construction to go ahead, the resort operator would require to obtain change-of-land-use permits and buy the land – a heavily-regulated and time-consuming process. Under the amended law, prospective investors would only need to sign a 30-year contract for the use of the land. The Cabinet has said that the amendment protected Bulgarian forests by keeping them state-owned.