If you like singing and feel like complaining, you will get your chance to do both in September in Plovdiv.

The Open Arts Foundation is collecting your complaints to include them in the Bulgarian edition of the Complaints Choir, which will sing in the Night of the Museums in Plovdiv on September 21-22.

The curator of the City and Public Spaces festival, Vera Mlechevska, is inviting everyone to send in their complaints. Those who wish to participate, however, must be available for several rehearsals in Plovdiv, starting in the beginning of August, according the website of the Open Arts Foundation. The good news is you don’t necessarily have to be a good singer – you only have to be enthusiastic and have a strong clear voice.
If you wish to participate, you must send your complaint in a short sentence, your name and phone number to the e-mail of the foundation [email protected] by July 10, 2012.

The Complaints Choir is a project by Finnish artists Oliver Kochta-Kalleinen and Tellervo Kalleinen, which started in 2005 in Birmingham and so far has been performed in 70 cities across the world. The goal of the project is to collect the complaints of the people and to put them into a song written for the purpose by a composer who rehearses it with the participants and then the choir performs it in public.

Hoteliers: One in five hotels on Bulgaria’s southern coast to expel Ukrainian refugees 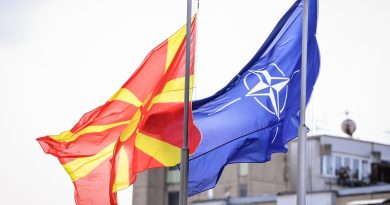